On one occasion, the warden did not want to let Johnny Štulić into the club, who, dissatisfied with such a decision, decided to bother at the entrance until the morning.

On the occasion of the peaceful protest that takes place on October 17 in front of the Jabuka club , and in order to continue the fight to save this legendary place to get out of the loss of space, we publish a text from May 2016 as a tribute to a club era that began in the late sixties. today we hope you will continue to do so. (Editorial)

The cult Zagreb rock mecca, Jabuka, is celebrating 52 years of work this year, which is a rare club that can boast in the region, but also in the world. This legendary club can boast of the musical education of many graphic artists, writers, musicians, journalists and actors who have enriched the content with their engagements and performances and thus contributed to the work of the club. Jabuka was founded by the local administration of Tuškanac and a group of young people who organized art, acting and music programs back in 1968. The music program prevailed and Jabuka became a haven for fierce rock in the seventies, but also for romantic hit dances.

A cult haven for alternatives

Since it was very difficult to get "fresh" new music at that time, Jabučari tried to build their network of acquaintances from abroad that allowed them to get the latest releases that no one else could get. As soon as a new music release came out, it was sent immediately to Apple and that’s why the program became popular; DJs Herma and Alen Kosanović were the stars in the band's ranks. They were all musically savvy and that’s when the influence on the city’s culture began.

However, the dance of the eighties and electro dark marked Jabuka the most at the very moment when Steve started going there as a guest, and in '93, when he got a job, he started with the famous program "Fiju Briju". Fierce rock in a new guise mixed in sets with older hits that always raised the club atmosphere has returned to the musical repertoire that is still revolving to this day. The audience was equally satisfied with the DJ sets and concerts held in Jabuka by Pipsi, Azra, Rundek, Kojoti and other quality performers who still perform on stage today.

Soon, Jabuka began to operate outside the walls of the club: the record company Jabukaton was founded, the Black Cat Awards, the festival at Šalata, the "Fiju Briju" concert at the House of Sports and many different programs thematically oriented towards rock 'n' roll. A certain type of furka was popularized where there were different profiles of people leaning towards alternative subcultures, mostly rockers, punks and darkers. 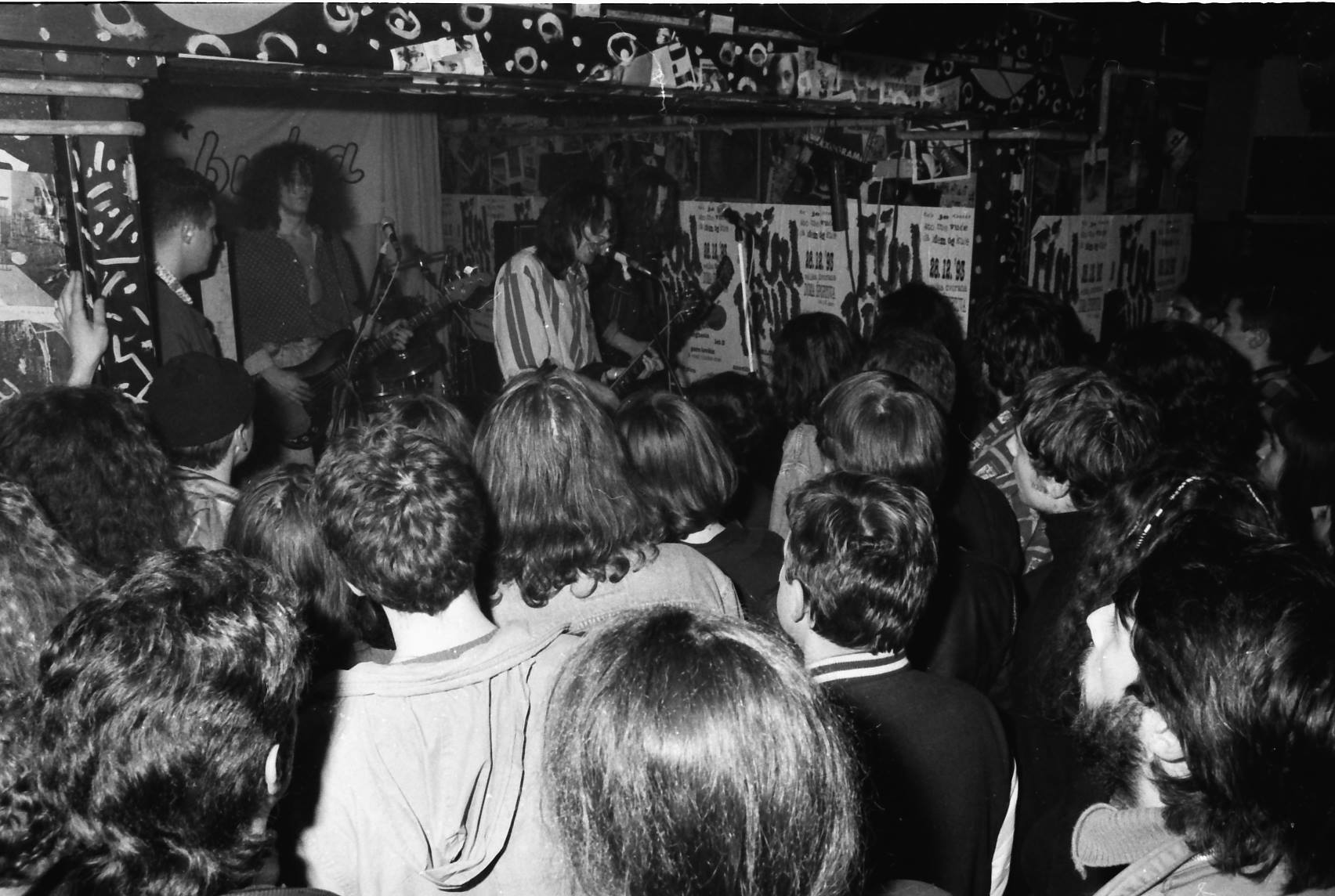 Unstoppable guests and a trip by fichekom

The only break that Jabuka had lasted for three years.

"Politics decided to get involved in the work of the club, but we showed our balls and strength and saved our club. During this period, a new generation matured and the club scene began to expand. However, this is not such a big space, and the offer in the city is growing ", explained Steve.

Greater supply in the city also means greater comfort, ie people do not have the will to walk if another program is offered closer. This is exactly what happened when the Saloon was opened and that is why Jabučari remembered old Fića who was drawn by pigs and imaginative graphic artists with pigs and parked at Dežman's passage so that people would have free transport to Jabukovac every 20 minutes …