4 months have passed since the earthquake, and now they are still facing the consequences of the flood.

For more than ten years, AKC Medika has been a formally unrecognized and in practice recognized fortress of independent culture and the only refuge for many volunteers, artists, activists, cultural workers and workers who lack other adequate cultural infrastructure (ie another independent cultural). centers with numerous and accessible studios / studios / halls) – have no other options for their work in culture, volunteer activities and / or artistic activity.

The complex, like most of the older buildings in the city center, suffered significant damage in the earthquake that hit the city of Zagreb on March 22, 2020, making part of the cultural space temporarily or permanently unusable. Due to the fact that the AKC Medika complex is owned by the City of Zagreb, which has been charging monthly rent to the center's users for years, the City of Zagreb is the only party authorized and obliged to carry out works to repair the former Medika factory. Any further delay in rehabilitating the building will potentially result in the permanent unusability of certain damaged parts and thus throw a large part of the independent cultural scene on the street, without any alternative for the continuation of their (your and our) activities.

In 2020, AKC Medika has 223 MEMBERS and DIRECT BENEFICIARIES, the corresponding cultural programs annually average up to 35,000 END USERS in about 200 to 400 EVENTS EVERY YEAR (according to records from 2019 and earlier years).

Apart from the fact that urgent rehabilitation is key to stopping the deterioration of part of the already dilapidated complex, it is also necessary for the City of Zagreb to immediately stop further charging for the use of space for parts of the complex that are out of use. The fee for the use of unusable urban space is logically meaningless and is realized to the detriment of users who, given the inability to perform activities and / or implement the program – are not able to cover the cost of the fee for use. As a reason for charging a fee for the use of temporarily unusable space – the City of Zagreb states the non-existence of a "lease agreement" for which AKC Medika users applied in 2015, and the City of Zagreb has not yet issued it, nor will it, until the space is satisfied minimum fire safety conditions (which in this case can be provided only by the owner – the City).

The associations Autonomous Cultural Center, Cirkorama and SP11 signed an extensive appeal to the City of Zagreb

In the Zagreb earthquake that occurred on March 22, 2020, along with many other private and public and cultural spaces, 6 spaces in the AKC Medika complex were significantly damaged. The only entity legally allowed to make repairs is the owner of the land and complex – the City of Zagreb – whose offices were notified of the earthquake damage in writing and with an official damage report on March 27, 2020, and in the coming months by a series of calls from representatives. and members of organizations operating in AKC Medika. Even in the time before the earthquake – regular maintenance of dilapidated buildings of the complex by the owner (City of Zagreb) and building manager (GSKG) was completely absent, repairs were carried out partially or despite calls and requests from users – delayed for several years.

Due to the influence of atmospherics and program scars that occur on the Zagreb cultural scene due to the inability to use the space, the damage is increasing every day, and the date and scope of damage repair in AKC Medika have not yet been determined, although as users listed in the cultural strategy of Zagreb . We appeal to the responsible and urgent action of the owners of the premises (City of Zagreb – Property Legal Affairs Service8) and GSKG (City Housing and Communal Services9) as the competent services for managing the building of AKC Medika10, to inspect and repair the premises as soon as possible and without further delay. and ensuring the technical correctness of the complex at the location of Pierottijeva 11 and Jukićeva 12 (nos. cp nos. 2869/1, 2869/3 and 2869/6) in order to enable further work of all members. 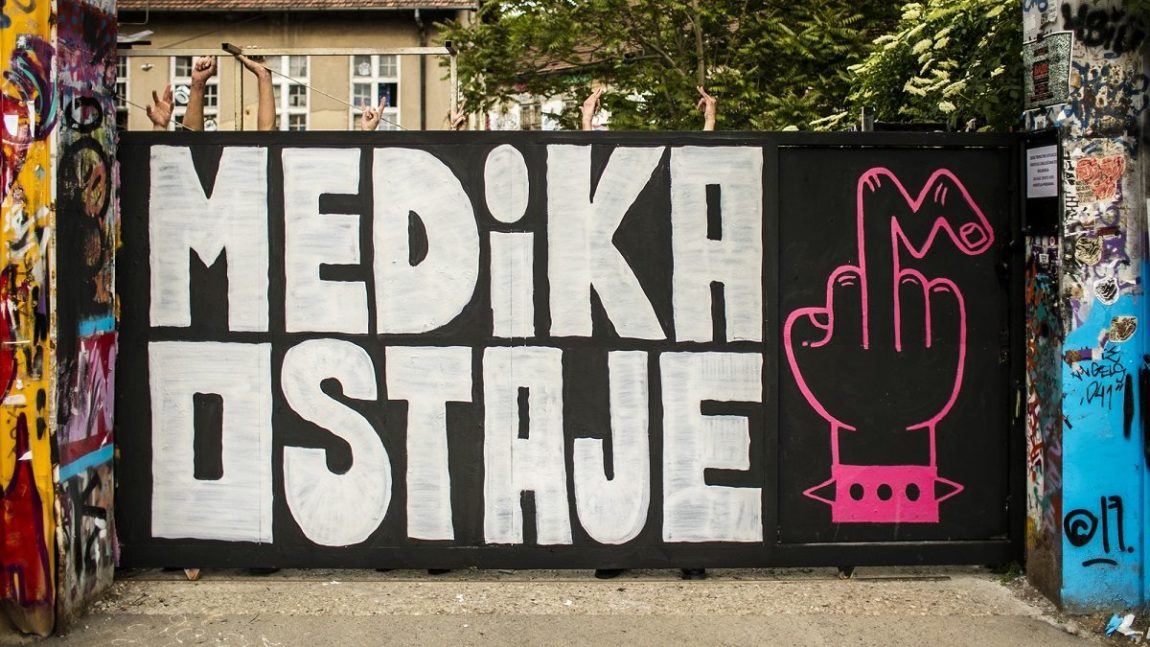