Saturday on the terrace of the Boogaloo Club brings a handful of events!

All day program: TUSTA under the stars

After a very well-attended screening of the youth hit film Zagreb Equinox on the summer terrace of Boogaloo, this Saturday the focus shifts from Boogaloo to punk. Ful Kul Buvljak w / DJ Tomi Phantasma 10:00 – 17:00 h / 0 kn

In addition to the classic flea market held on the large plateau of Boogaloo Club, a small hall hosts a fair of records and comics where there is a place to sell records, CDs and other sound and image carriers, posters, comics, pictures, books, and other music and film memorabilia.

Come to Ful Kul Flea Market, which is more than just a flea market – a meeting place for old and new faces of happy saleswomen and sellers and sell, exchange, buy and socialize with the team with coffee, tea, beer in a great relaxed atmosphere. 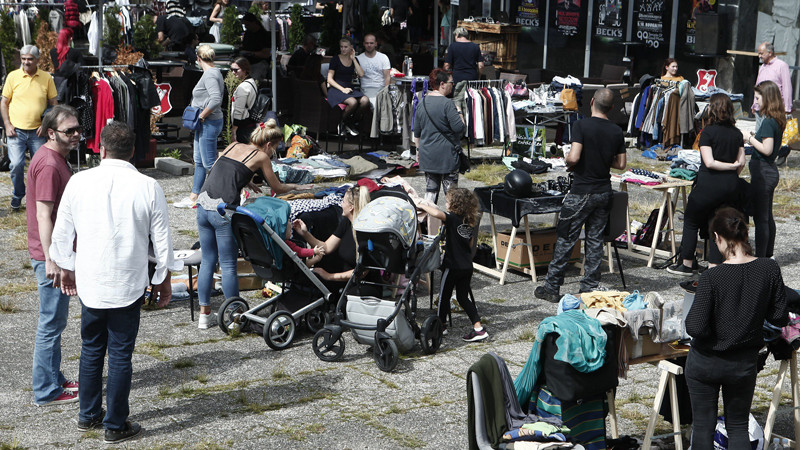 One-day Pop-up exhibition "Album cover of the band KUD Idijoti", which are collected and processed in one place for the third time as artefacts of one time. At a time when computers are still a distant and foreign concept, just like the sophisticated design tools of computer graphics and other software that are still in their infancy, the four KUD Idijota: Tusta, Sale, Dr. Fric and Ptica, create the visual identity of the group with music instinctively , honestly and according to the DIY (do it yourself) principle in the home edition of one of them.

In addition to playing the drum in the band, as a member with the highest affinity for visual expression, Diego Bosusco – Bird, then not yet very conscious, played with all future theoretically articulated postulates of low-cost, copy-paste, DIY punk aesthetics. In his living room, he laid the foundations of what KUD Idijoti will be widely recognizable for today, and that is primarily the famous logo of the unconquered red star with 9 album covers that he designs in the band according to the "party task".

The mentioned visuals, crowned with copywriting provocative and today immortal titles created from the synergy of rarely sincere, authentic, witty and creatively compatible personalities, are additionally articulated in the gallery space by the pen of former bassist Nenad Marjanović Dr. Fric, which explains the context of their creation.

The legendary four of KUD Idijota, who embodied true urban integrity with their uncompromising attitude and actions on and off the stage, because the only betrayal they committed was of a discographic nature, marked many and not only Pula's youth, so the exhibition of covers of their cult albums is a kind of homage. not only to the City but also to the spirit of a very past time. 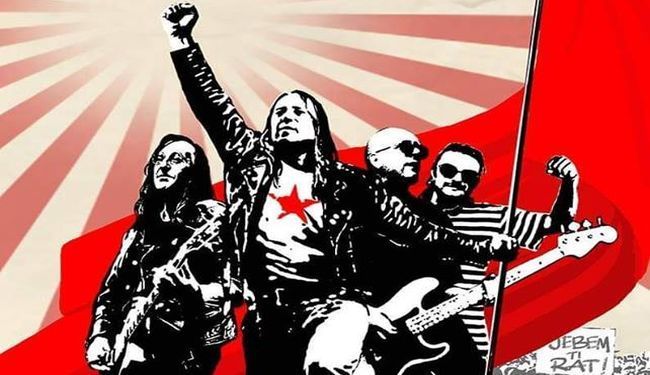 He will show the feature documentary Tusta, which brings us closer to the life of Branko Črnac Tusta, the frontman of the legendary punk-rock band KUD Idijoti from Pula. Through archival materials and interviews with guitarist Saša Milovanović Verud, bassist Nenad Marjanović Fric, drummer Diego Bosusco Ptic, and colleagues and contemporaries, such as the publisher of their first albums Boris Furlan, music critics Petar Janjatović and Dragan Kremer, musicians Zoran Predin, Damir Urban and Sejo Sexon, the first part of the film talks about the unexpected breakthrough and meteoric rise of the Pula band.