Within the EU project CreArt

During July 2020, Igor Taritaš performed a street art intervention in Martićeva Street as part of the EU project CreArt.

The mural of Igor Taritaš is located at the intersection of Martićeva and Vojnovićeva streets, next to the temporary functional installation "Space Invader" by the architect Dino Belamarić, which is intended for various forms of meeting. 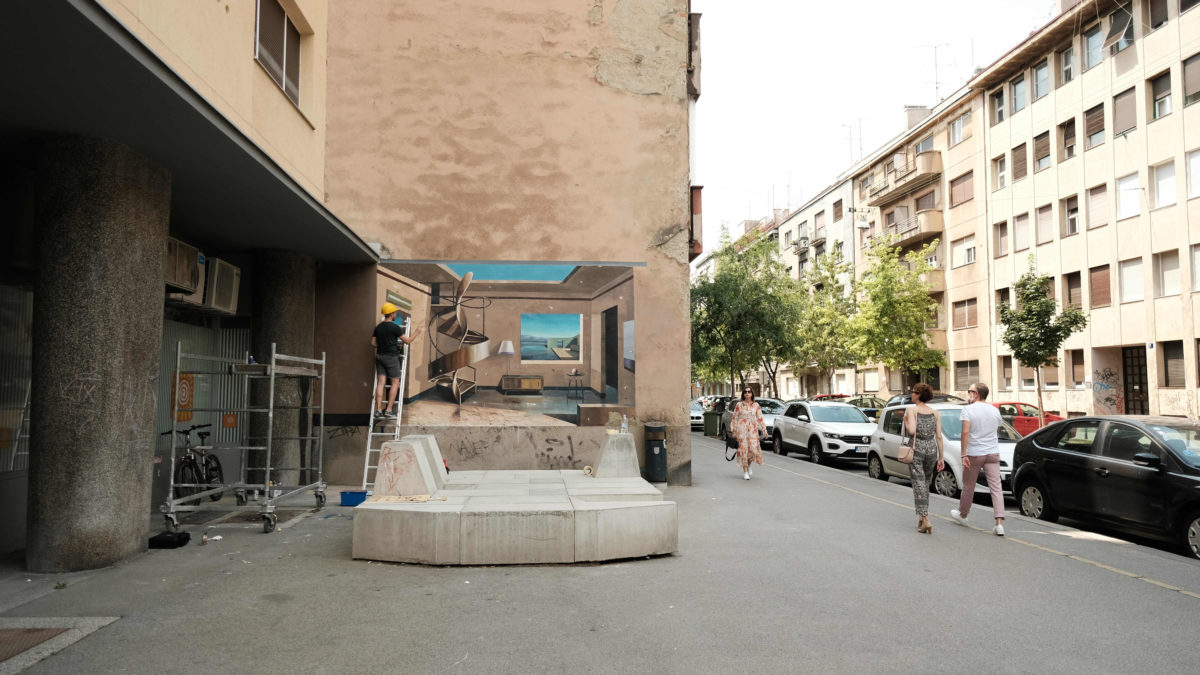 HDLU is the organizer of this artistic intervention

For the third year in a row, the Croatian Society of Fine Artists within the EU project CreArt 2.0. organizes the performance of an artistic intervention in the center of Zagreb. So far, murals by Damir Sobota at the Matko Laginja Elementary School and by Lavo Paripović at the substation in the kindergarten park have been made.

Igor Taritaš's mural depicting an imaginary interior from which the visible exterior, illusionistically drags us to some other places. By dehumanizing Igor Taritaš's space, on the contrary, it draws the observer into its spaces, keeping his attention in the interior with the feeling of comfort and freedom that the exterior brings. In addition to the sculpture "Space Invader" by architect Dino Belamarić, which is intended for various forms of meeting, observing the mural, all those gathered, allows travel to some imaginary places. 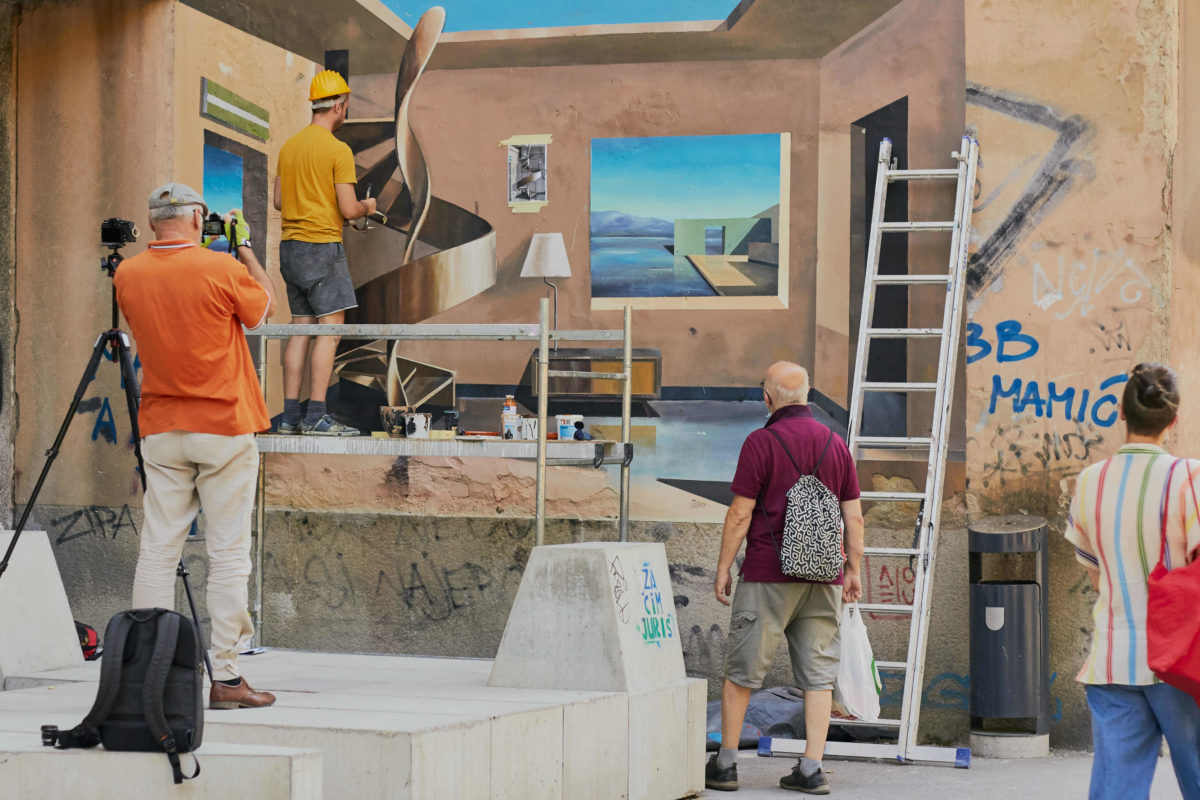 Igor Taritaš (1987, Pakrac) finished primary school in Hercegovac near Garešnica. After graduating from the High School of Applied Arts and Design in Zagreb in 2007, he enrolled at the Academy of Fine Arts in Zagreb. He graduated in the class of prof. Ante Rašić in 2013. He works as a teacher of art culture in Popovača and Veliki Grđevac.

He has exhibited in fourteen solo and several group exhibitions throughout Croatia and abroad, including a solo exhibition at the Von Fraunberg Gallery in Dusseldorf, group exhibitions "Stilles Leben" and "Knotenpukt 19" at the Affenfaust Gallery in Hamburg, the Biennial of Painting in Zagreb, " Exporting Zagreb ”at the National Museum in Poland,“ Junge Kunst aus Kroatien ”in Austria and Affordable art fair in London, Singapore, Hong Kong and Brussels. It has recently been represented by the foreign galleries "Sol art" from Dublin, "Von Fraunberg art galerie" from Dusseldorf, "Affenfaust galerie" from Hamburg and "Oxholm galleri" from Copenhagen. Igor Taritas' paintings are in private collections in England, the USA and Australia. Germany, Norway, Ireland, Denmark, Italy, UAE, Singapore. 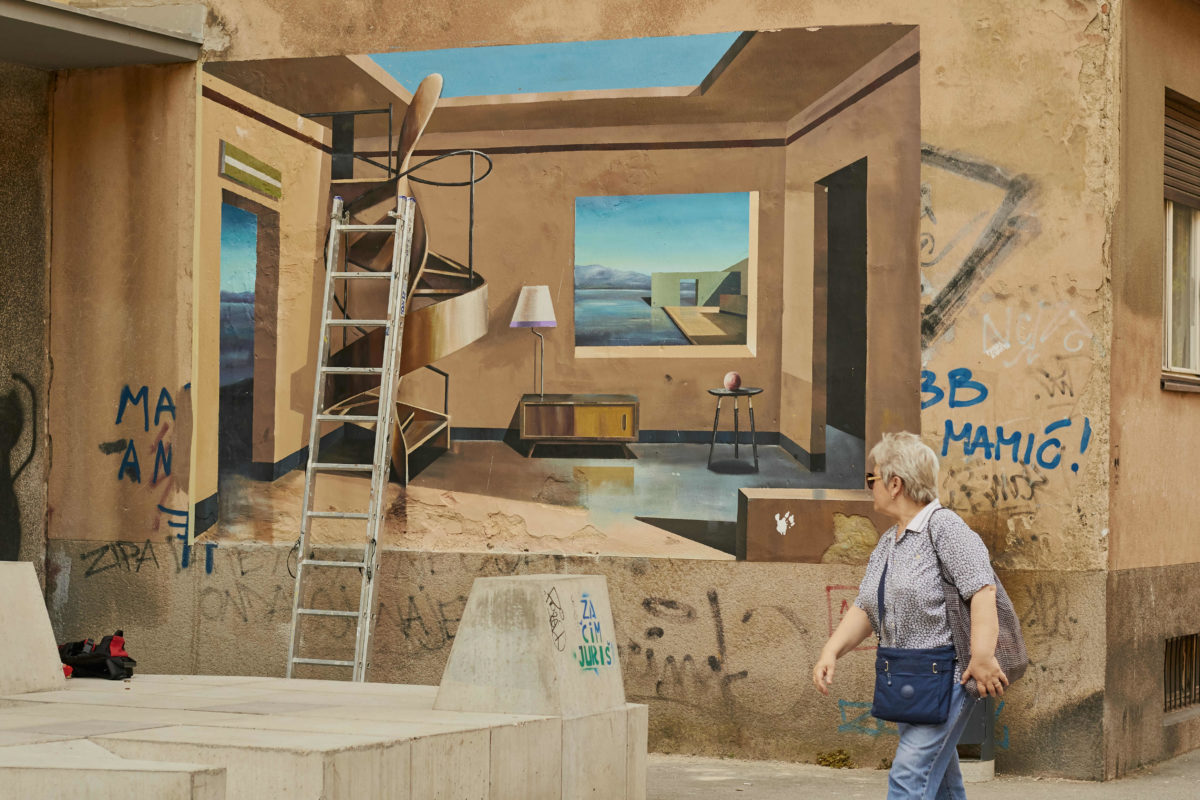 CreArt 2.0. is a European network of cities and private and public institutions. The project started in 2012 with the aim of responding to the needs of European cultural institutions, which includes increasing the economic, social and cultural impact of the visual arts by providing better support to artists, managers in culture, industry and the general public. The holder of the CreArt project for Croatia is the Croatian Society of Fine Artists, and in addition to HDLU, the project brings together a network of partners from Genoa and Lecce (IT), Clermont-Ferrand and Rouen (FR), Katowice and Lublin (PL), Skopje (MK), Liverpool (UK), Kaunas (LT) and Aveira (PT) coordinated by the City Office of Culture of the City of Valladolid (ES). Five-year project CreArt 2.0. will be implemented from 2017 to 2021.