Split artist Nina Kamenjarin will perform the performance "Guard on the Rhine" at the HDLU on Thursday.

As part of Domino's project "The Future of Political Performance", Split artist Nina Kamenjarin will perform "Guard on the Rhine" at the House of Croatian Fine Artists (HDLU) in Zagreb on Thursday, June 25, questioning the contemporary definition of borders.

The art of the paranoid view

As in many other works, Gotovac finds the basic idea for this performance in the film after which it is named. According to Gotovac, the art of the paranoid view is a distinctly individual interpretation of global history and contemporary events with an assumed (dark) development of events in the future.

"And it was as if he knew, or at least accurately predicted, that 24 years later, Fortress Europe would once again raise firm boundaries from the danger that seems to be lurking everywhere. There is no mercy. Even in the year when the Council of the same EU fortification is chaired by Croatia, the host's immigration policy is manifested in force and disfavor towards everyone other than themselves ", reads the announcement.

"Every day we are flooded with new information about the ruthless behavior of the authorities, torture, beatings and police brutality towards immigrants who dare to come to its doorstep. Although a seemingly advanced society of the 21st century, the belt of democratic (and human) rights is tightened every day, ”he added.

24 years later, the borders are guarded by a woman – Nina Kamenjarin

In the homage to Tom 24 years later, the borders are guarded by a woman – Nina Kamenjarin, with her head bowed, without a firm foothold of counterpoint, without a desire to move. The author asks: "What exactly are the limits and do we have the power to lower or raise the limits, we have, however, at what limit of consciousness?".

"And while Nina is guarding the Rhine, a symbolic EU, a place where civilization is guarded by a barbarian horde, the question arises as to where the danger is really lurking, should we still beware of our own?" 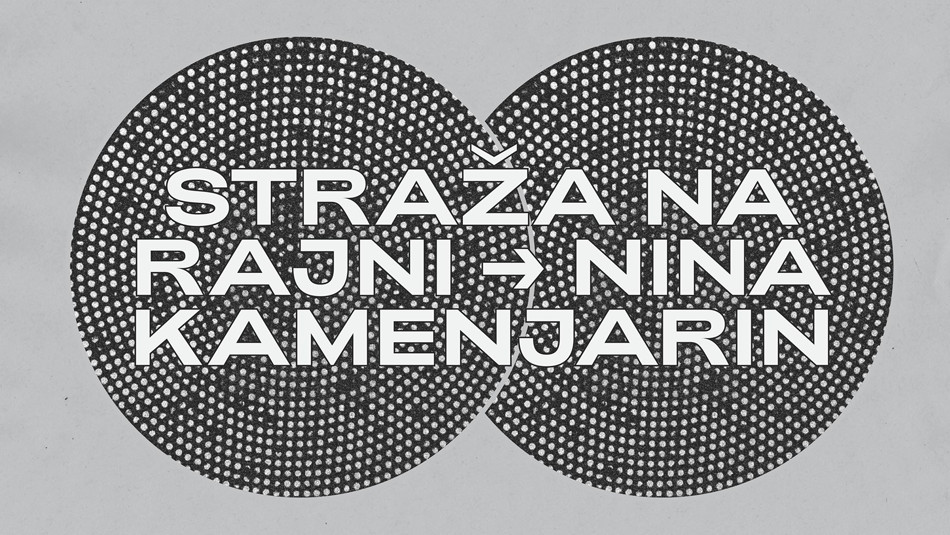