The play Memories of Cities is a guest at ZKM

Created in a co-production of the Croatian Cultural Center in Sušak and StudiaK from Budapest, the play Memoria civitatis / Memories of Cities is based on archival material related to a socio-political phenomenon from the early 20th century known as the "Big Wave".

The play Memories of Cities plays on October 23rd

As Rijeka was a Hungarian port in the second half of the 19th and the beginning of the 20th century, until the end of the Great War, a large number of Hungarians emigrated to the USA during that period, as well as other nationalities of the then Austro-Hungarian Monarchy. Through this story, which is for the most part composed of documents found in the archives, the play is about migrations in the last century. But at the same time, at the same time, she speaks about those current migrations, which we are witnessing today.

The play Memoria civitatis follows two main lines: one is the cities, and the other are its people and their migrations. Processing these thematic units through historical artifacts, the dramatic material nevertheless puts its focus on the current, present time.

The play is performed in various languages: Hungarian, Croatian, Italian, English, German, and abounds in dialects. Such a dramaturgical-directorial intervention was chosen, in order to portray these cities as real European melting pots of that time, which they really were in a given period. 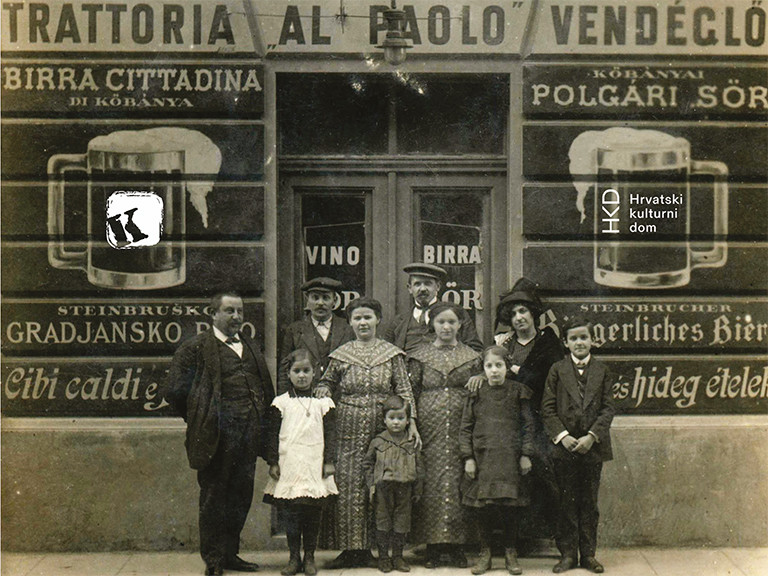 You can buy tickets at the price of 70 kn in the ZKM web store .