The Dubrovnik group Silente held the first post-crown concert at the Culture Factory, and we drew two friends from the audience who came to listen to their favorite band.

" It's easier to go through life and some important life moments with them. They have texts in which everyone finds themselves ", describes his fascination with the Dubrovnik group Silente Pavla Maslać. He defines himself more as a groupie and less as a fan. In any case, it dawned on her that the very first post-crown concert in Zagreb's Tvornica kulture was held by Silente. Let's call it the first post-crown concert we remember and love. And all, of course, with rigorous epidemiological measures.

For Silente all: "I'll shake the chair!" 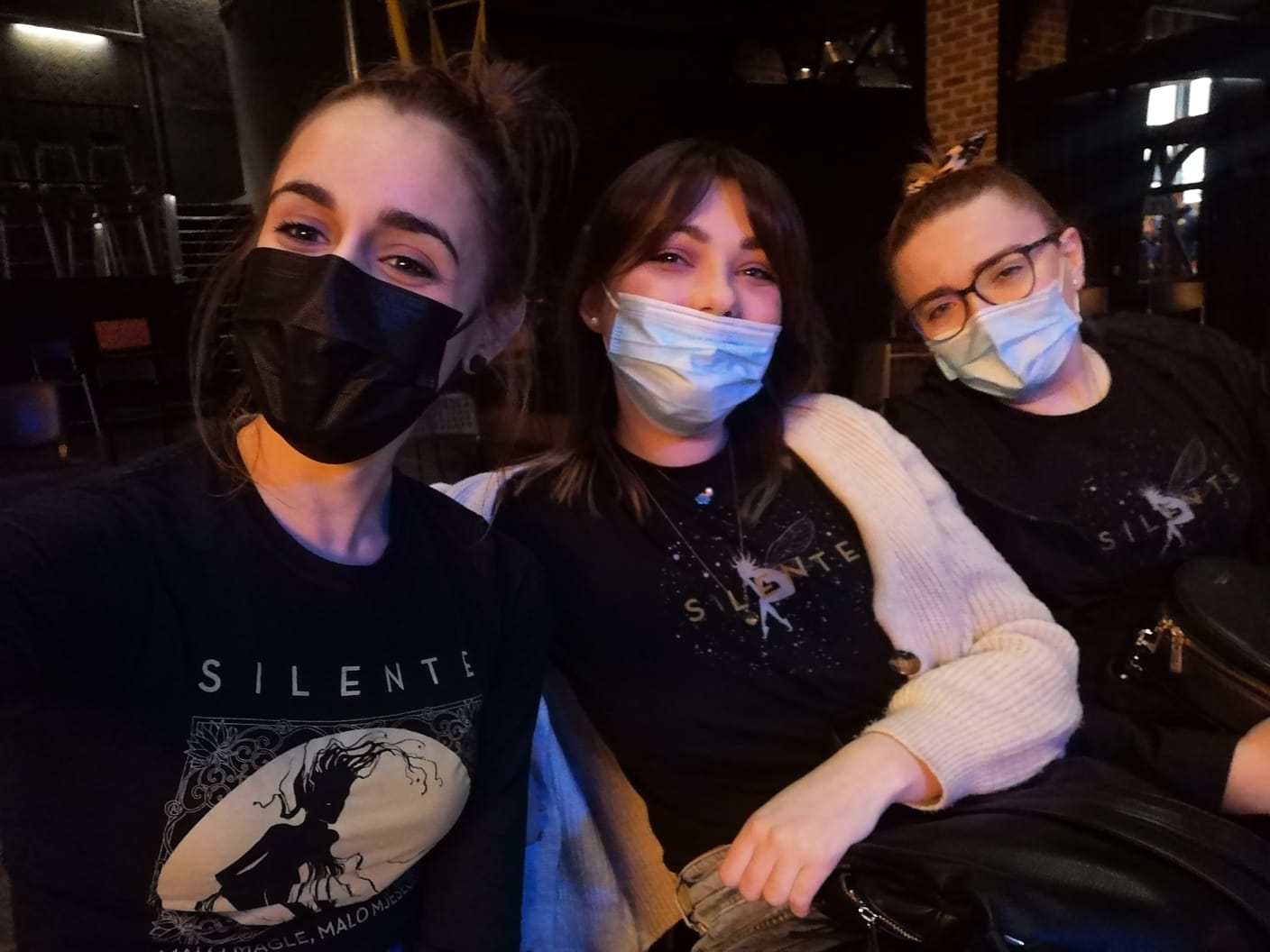 In the hall, which is easily crowded with 2,000 visitors, there were now 190 of them. All with masks on their faces, no booze in their hands, with a gap between them and no booze. If nothing else, at least they could sing – under a mask.

"When you sing under a mask, it becomes wet and repulsive." do they hear us singing on stage at all? ”Pavla wondered. However, when the band team started encouraging the audience to be louder, it was clear that they were not singing in vain. In addition, it certainly helped that the band showed solidarity with the audience and in a way that they said that they would not drink on stage. The only necessary sip of water between the stanzas. Because if the audience isn’t allowed, they don’t want to.

In addition to singing under a mask, wherever his gaze wandered, he would come across guards who searched the hall, Paul tells us. "One girl was even reprimanded for getting up and just fixing her pants!" She said. So they had to sit without exception during the two-hour gig. "I danced so much while sitting that it felt like I was going to shake my chair," laughed Pavle.

They mix strangely, rested and without sweat…. the air is blowing, and I'm cold – Pavle's friend Lucija tells us. And what bothered her the most was that sitting was imperative. All other measures were negligible, but none of them could conclude why it was not allowed to even mumble in a place without movement. "Or that they put some barriers between us so that we could get up," added Pavle.

However, although we have heard negative comments about the nonsense of going to a concert that is not true, that is, as some called it "sterile", both Pavle and Lucija do not regret a penny of the hundreds they paid for the intrusion. The fact that there are no concert events and that you listen to your favorite band live after many months is irreplaceable. "Besides, it wasn't bad for a change to listen to a concert without the crowd and without someone pouring you a little beer," Pavla tweeted cheerfully.

Although Lucija was a bit calmer and obviously a smaller groupie than Pavle, at the concert she tried to emphasize as energetically and emphatically as possible every movement and voice released from the chair to let the band know that the audience is trying to achieve such an interaction. 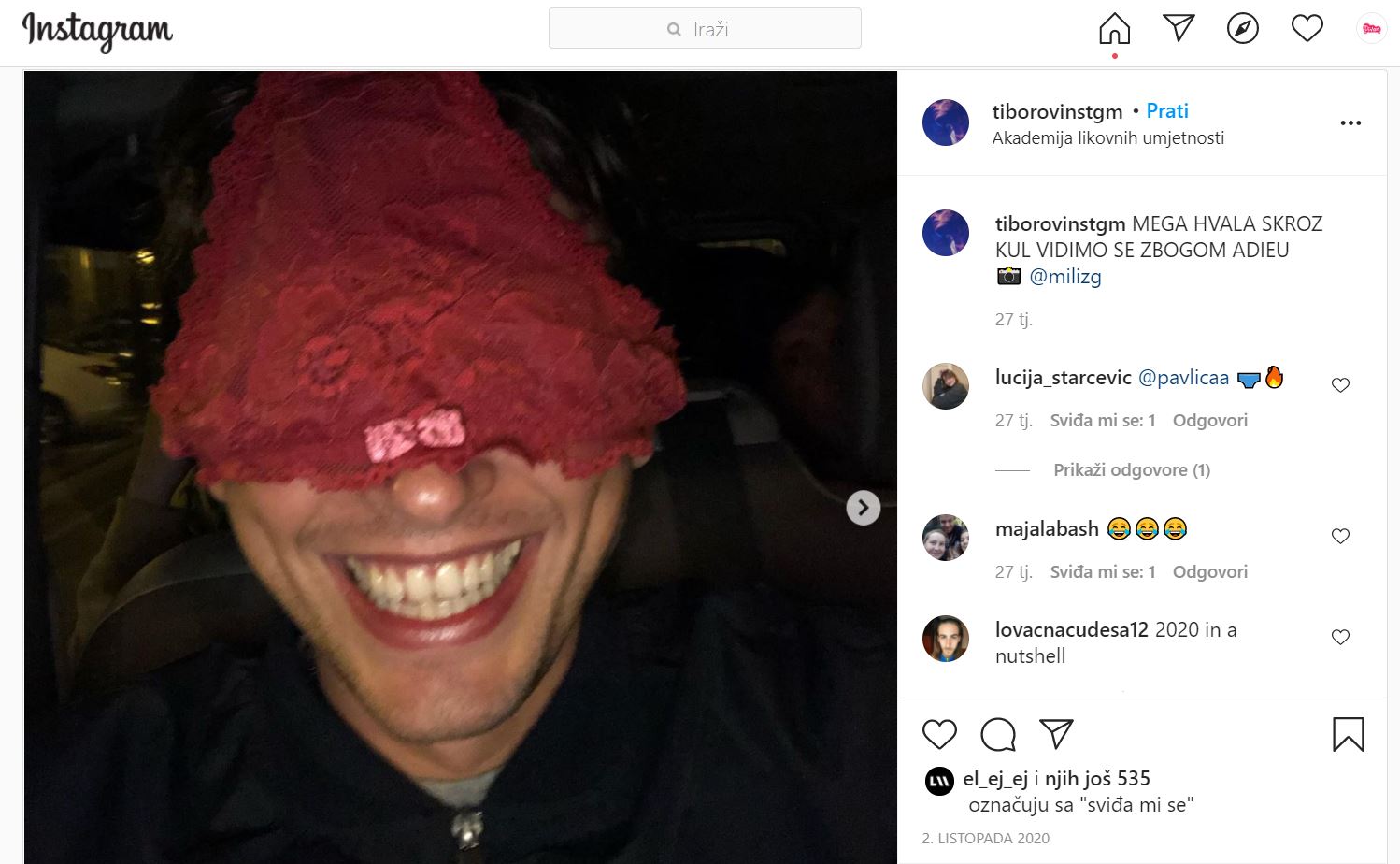 Eh da…. and Pavla also had in mind to revive the good old atmosphere of going to concerts, so she took an old bra with her. Of course, carefully chosen, so that at some point passion would throw him on stage. We will only say that the bra both went and came home with her. Courage just like the dance moves remained on the chair. However, she accomplished her private mission by throwing her delicate red thong panties at the feet of frontman and guitarist Tibor at Silente’s previous concert.

Pavla told us at the beginning that Silente did not win her in the first, but in the second …