There are a lot of picnics in this galaxy, but one is Picnic Galactic!

The insanely good smell of food spreading through the air, the twilight hovering over the stage above which planes took off every now and then, the bands that didn't heat and ignite the audience, but more than that, and the hundreds of smiling faces who were probably thinking only about it at the time. how happy they are – on a scale of 1 to Picnic Galactic

Maybe someone is selling a ticket for row H? If someone wants to and doesn’t have a car and crew, I have two seats in the car! These were inquiries that ignited social media just before the happiest Friday of the year, May 29th. The first full-blooded concert in the most repulsive phrase of the 21st century – the new normal. The first, and very successful, edition of the drive in the Picnic Galactic festival took place. 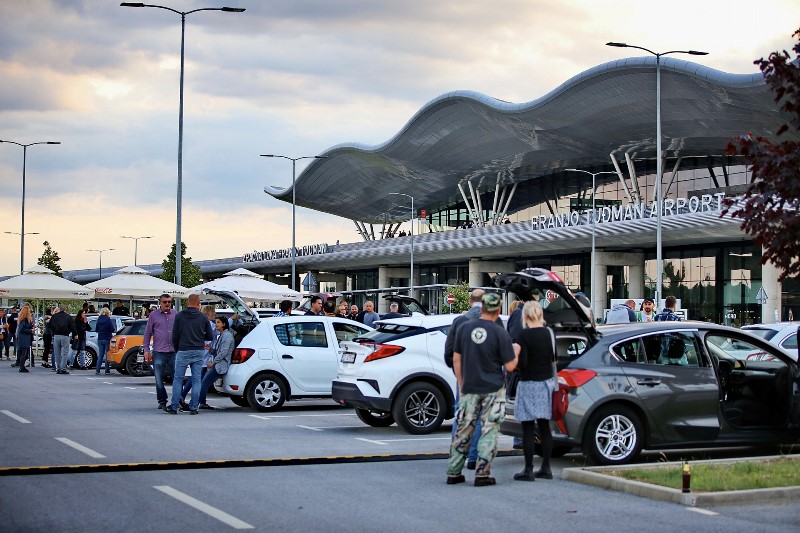 It wasn't just a matter of the upbeat music of Kawasaki 3pa, Discohernia and ABOP or the urgent need to attend an event live after a two-month break. It was a question of the unique atmosphere and ambience that the organizers promised us in the parking lot of the Franjo Tuđman Airport. Promised – fulfilled. The only thing we could find out about the holding of this charming festival was to put ourselves in our modest "folcyk" and instead of with a few hundred kuna banknotes, we waved tickets for row J in front of each other.

Although we usually come to parties when those who were standing at the bar with their elbows start dancing, we slipped on this galactic journey by car at exactly 8:05 p.m. Our arrival was quick, but getting into the parking lot was even faster. Namely, instead of tickets, the license plates on the cars were scanned, after which we were simply directed to the selected row where we parked, as our heart told us. 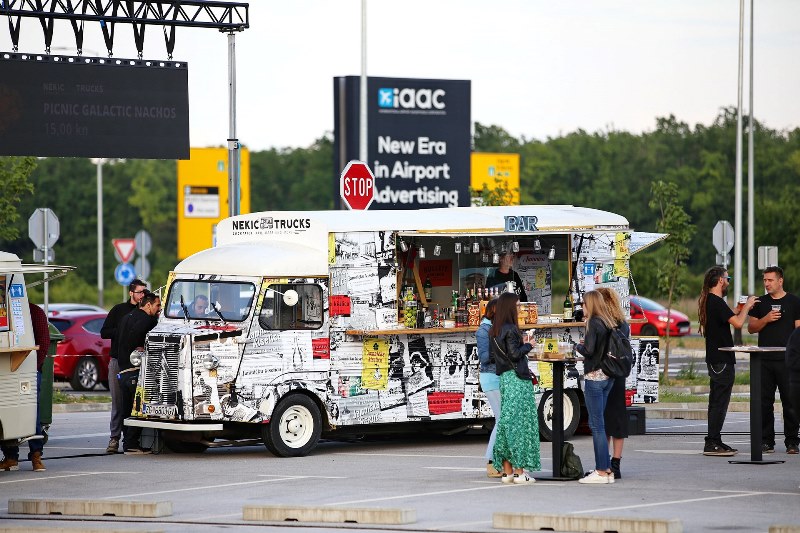 Although we packed some snacks and booze in the trunk, it was a far greater pleasure to be treated to an assortment from one of the two Nekić Trucks vans, one of which poured cold drinks and the other baked several dishes. The dishes, you guessed it, were burgers, but prepared on a "smoker" that gave a special charm to each of them. The choice fell on "pulled pork". Anyway, not a bad warm-up for the musical explosion that followed until the evening hours.

We were most surprised by the responsibility of those present. Although there was one empty space between each vehicle, the team really stuck to their parking "fields". We couldn't bear not to miss at least the next vehicle because when you arrived in front of the Airport you had the feeling that you were standing on Ban Jelačić Square on Saturday around 8 pm and just greeting one by one acquaintances while waiting for friends. Two three greetings with the elbow, a few airy ones and back in place. Discohernia, Kawasaki 3p and ABOP lined up, among which were DJ sets of about twenty minutes. Kawasaki took a breather and invited the team to a party in front of the stage, which people reluctantly accepted.