The Ilica: Q'Art project is also reviving the heart of the city in its September issue

Ilica, once a symbolic road to the center of Zagreb, a street that stretches 5,653 meters from Ban Josip Jelačić Square to the Alley of the City of Bologna, began its irreversible transformation in the late 1990s. Once upon a time, the unavoidable place of shopping, going to a bank, bar, restaurant, craft or office was altered in the post-industrial age by processes of gentrification and commodification. Ilica thus becomes, to paraphrase Vladimir Dodig Trokut, an anti-street in an anti-city, a place where acquaintances no longer meet and where the social interaction of the city’s inhabitants does not take place. The street eludes the virtual space of encounter, and in the real world it becomes an empty shell of abandoned and devastated spaces gaping empty or filled with identical impersonal content. Such a place can be transformed only by artistic actions and reinterpretation of forms of city life according to the model of simulacra; if the ‘real’ street dwellers escape to a mall or outlet center, the ‘real’ street must become a place where everyday life becomes performance in all forms of creative expression. 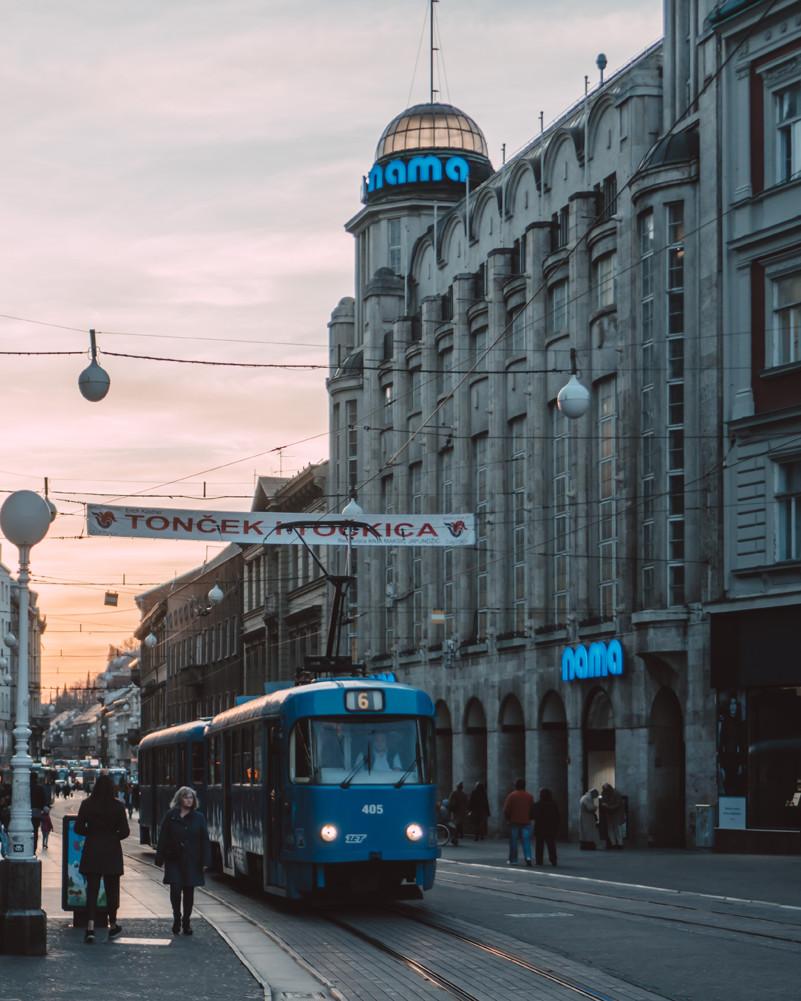 The Croatian Society of Fine Artists and the Ilica: Q’ART Project are announcing the Performing Ilica project, which is being implemented with the financial support of the EU project CreArt.

During the weekend of September 12-13, 2020, three artists – BOŽIDAR KATIĆ, SINIŠA LABROVIĆ, DEJAN GOTIĆ – selected through a public competition, will perform on Ilica and Britanski trg.

“Temporarily unusable” is the name of a performative action that brings together citizens-audience and encourages them to jointly create an intervention. An all-day action of a performative character in which, as a visual result, one or more of the area of British Square will be painted with bricks gathered around the city from the remnants of the earthquake.

The action offers a special opportunity for encounters and social interaction on the street, deals with the problems that arose after the earthquake and directly transforms the city with a work of art through a participatory, seemingly harmless game of “painting” on the floor. With its strength and dimensions, this happening also refers to the artistic action from the end of the 60’s in Split – “Red Peristyle”.

SINIŠA LABROVIĆ: A WALK OF ABANDONMENT

Abandoned shops, closed doors and dusty, dirty windows now form the predominant motif of Ilica. The first metaphor of abandonment is animals abandoned by their owners (although the term “owner” suggests distorted perceptions of human-animal relationships, and domesticated ones, with whom we share living space, are often called “pets”), who, if lucky, end up in abandoned animal centers.

Abandonment, violation of the tacit promise of togetherness and a state of complete exposure to lack of care, disappearance of love and attachment of the other who, until yesterday, in some part, or in animals almost completely, was “everything” in emotional and existential sense.

In animals, this is especially painful because of their “dependence” on humans, their innocence and almost impossible to stand on their own two feet and “a new beginning.” A new beginning is a new symbiosis with man, if the animal is lucky, or a chaotic life in some animal shelter, or the most uncertain – a homeless life in the wilderness of the city or nature.

As part of the performance “Walk of Abandonment”, we will perform, for one day, animals from the Shelter for neglected animals of the City of Zagreb in Dumovec and walk them along Ilica for several hours, together with the citizens. We invite everyone interested to participate in the performance and walk the dog along with the artist.