The big opening is already waiting for you on April 28th – sveeee until May 8th!

Zagreb craft brewery The Garden Brewery has moved to a new location on Žitnjak, and at Slavonska avenija 26/1 you can experience a new chapter of the Garden, and the grand celebration of the opening from April 28 to May 8 .

The new location focuses on the increased capacity of the brewery, and in the unique space of the glazed atrium there is a brewery with an always fresh offer of craft beer and food from proven farming and great music. The space that activates all the senses is adorned by a large grass garden with more than 40 planted trees that are located inside the pub, thus creating an oasis for relaxation.

The unique space of the brewery represents Zagreb in the light of metropolises that revitalize the industrial parts of the city, giving them a special flair. The Garden Brewery is a place that brings together the community and various interests, combines craft brewing, gastronomy, music, handicrafts, provides a refuge from the city bustle and offers a relaxed atmosphere.

Reviving the east of the city and the industrial zone, the new The Garden Brewery is simply known as a place to be experienced, and the multifunctional space opens its doors to various events. The demonstration exercise of the great atmosphere and concept presented by the Garden team will be through the days when it will mark the grand opening, and admission to all opening programs is free.

Here’s what awaits you in the opening program

Starting on April 28, when The Architect in charge of designing the new space will play music at the opening, bands such as La PaPa, Jazzoleptic, Michael Kvorka Trio, Brothers and local DJs, including DJ Rea, are scheduled from Thursday to Saturday. ZAK, Dispatch or Hrwoe .

Saturday morning, April 30 and May 7, begins with yoga and continues at Garden’s Farmers Market . It is conceived as a cheerful market that represents various producers, and Mali Plac , a well-known mobile market of local and seasonal products, is also a guest. On Sundays, a family day and party for children is organized with free Submarine burgers for children up to 10 years old.

Social games are scheduled for Monday, May 2, and a pub quiz on Tuesday.

Wednesday, May 4, is a day related to the celebration of beer with a tour of the new plant, beer pong, cornhall, you will be able to meet brewers, and they will be in charge of music. Everything will be rounded off later with the Beer Mile Run on May 14th.

There will also be an active mini beer festival, with premiere releases of new beers, 13 exclusive collaborations with 13 different global breweries from the USA, Mexico, Brazil, Argentina, Benelux, Scandinavia, all the way to Ukraine. Everything is connected to Restore Our Earth, which in cooperation with Beer52, the largest beer club in the world, part of the money from the sale of cans goes to projects to preserve the planet.

Don’t forget to drink and eat

All this with the availability of numerous styles of fresh and award-winning beers, from IPA to Soura, through lager to those dark and pop up stalls of Lari Penati and Palfi Pizza during the opening. Along with Submarine's favorite burgers, a novelty is the Full Circle food concept that will be present in the space. The malts used in the Garden Brewery are used as natural animal feed on organic farms, and the products are then served in the brewery space, starting with fried chicken. 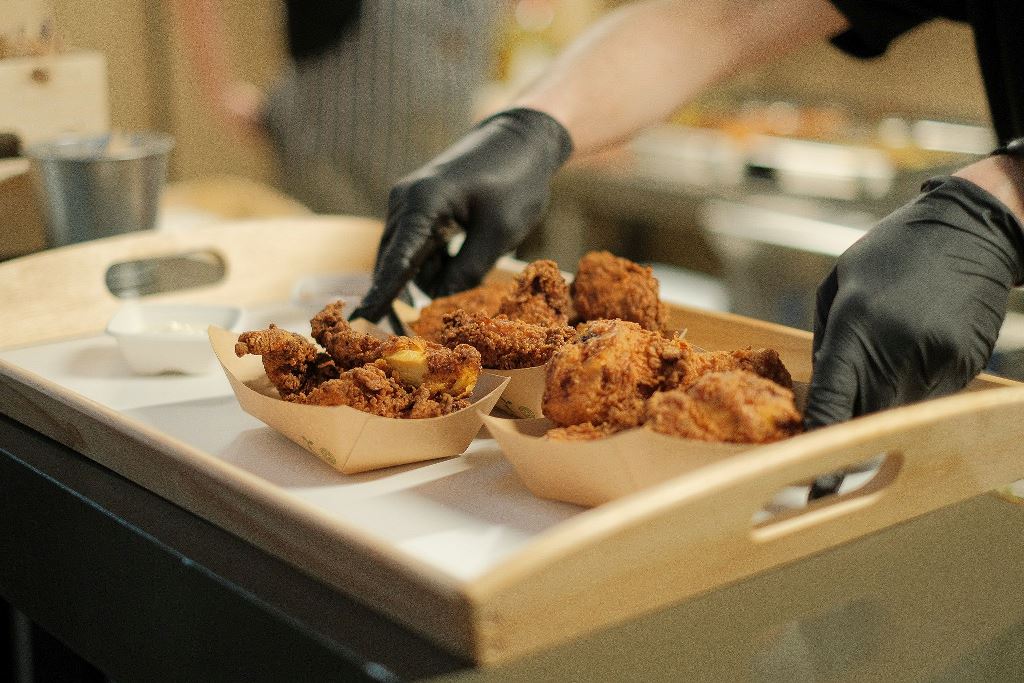 The award-winning brewery with more than 200 styles of beer brewed in the last five years continues to experiment and produce fresh beer. The new plant firmly holds The Garden on the world map of craft beer and makes it one of the leaders in brewing in Europe, which sends its beer across the continent, but also all the way to China, Australia and New Zealand.

The Garden Brewery has opened in a new location at Slavonska avenija 26/1, with good transport links, private parking, and proximity to public transport. The pub is open every day, weekdays and Sundays from 10:00 to midnight, and is open until 02:00 on Fridays and Saturdays.