The exhibition opens on February 21 on the occasion of the hundredth anniversary of the founding of the French Institute in Croatia and brings some of the most attractive examples from the world of fashion and comics.

The Museum of Arts and Crafts and the French Institute in Croatia announce the opening of an attractive and unique exhibition "Fashion and Comics" which arrived in Zagreb MUO from the French Comics Museum from the Cité Internationale de la Bande Dessinée et de l'Image. The public will be able to see it from February 23 to March 28, 2021. 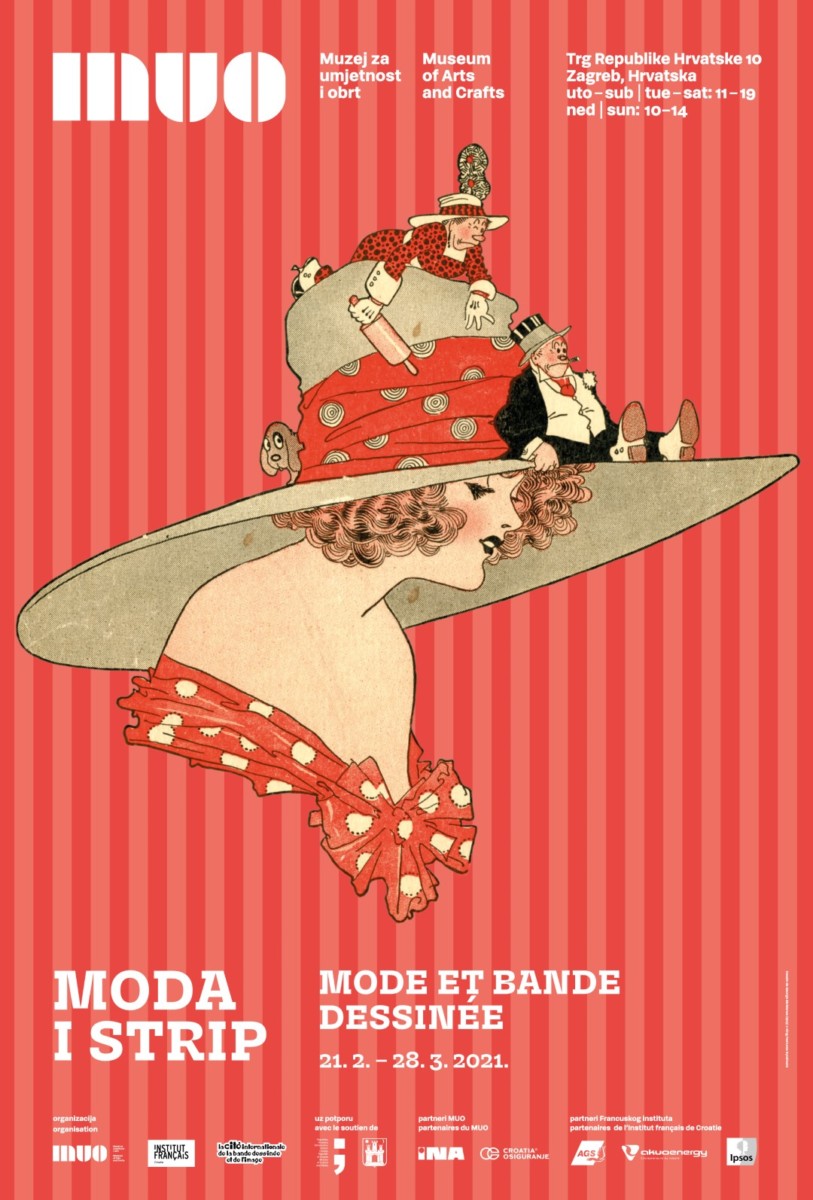 The exhibition will be held on the occasion of the hundredth anniversary of the French Institute in Croatia, and will show the intriguing relationship between the world of fashion and comics and their mutual influences. From the Museum of Comics in Angoulême, the Zagreb exhibition will feature more than a hundred attractive items from the museum's collection of comics, original comics boards and drawings, clothing and fashion accessories, perfumes, printed archives and other items. Among the more prominent exhibits, local audiences will be able to see some of the first designer drawings by world-famous designers Yves Saint Laurent, Christian Dior, Thierry Mugler who first created their collections on paper and represent a significant drawing tradition within French haute couture.

The exhibition will, among other things, feature works by American comic book author and animated film pioneer Winsor McCay, including a comic strip in which Little Nemo from the series Little Nemo in Slumberland kisses the Princess of Slumberland for the first time, then the never-seen comic La Vilaine Lulu , Naughty Lulu) is the only comic book designed by designer Yves Saint Laurent. Also, from the period of the Mondrian revolution come fashion sketches of dresses – painting by Yves St. Laurent inspired by the works of painter Piet Mondrian, with which this famous designer paid tribute to Mondrian by designing a cocktail dress inspired by the painter's abstract canvases. Among the attractive exhibits that emphasize the role and place of comics in all segments of art with this completely new theme, the original Dior dress, also created under the influence of the ninth art, will be on display. 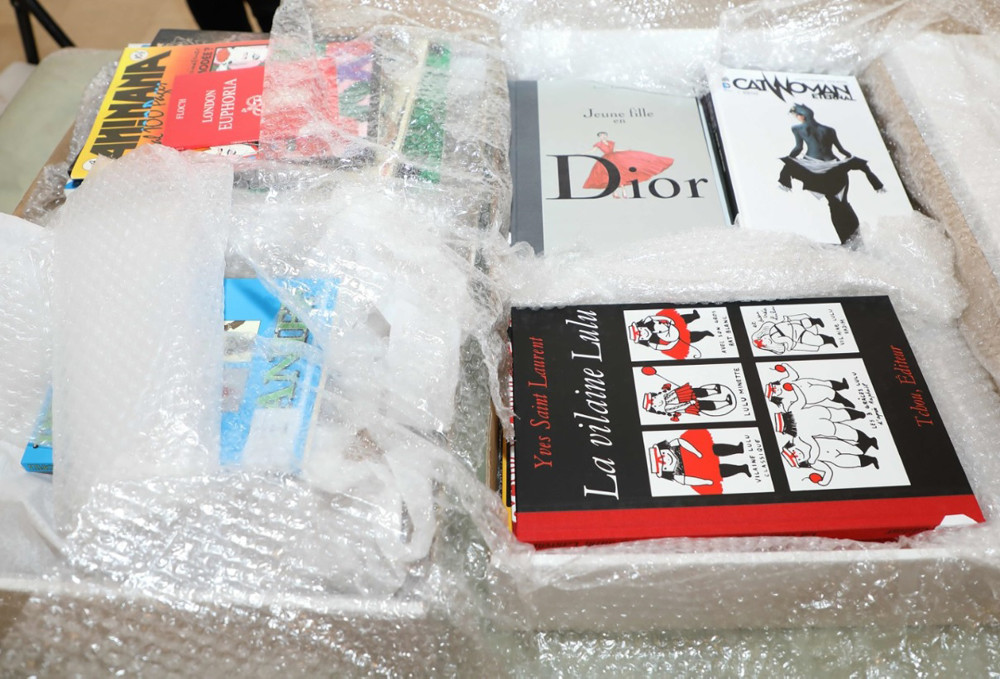 Particularly attractive is the graphic novel by Jeune Fille en Dior (Dargaud, 2013), by the famous cartoonist Annie Goetzinger, which follows the adventure of the prestigious fashion house in the last decade of Dior's life, from 1947 to 1957, through the innocent and amazed gaze of a young journalist. The album shows all the stages of the creation process, from the first sketch to the making of the model in the workshops. 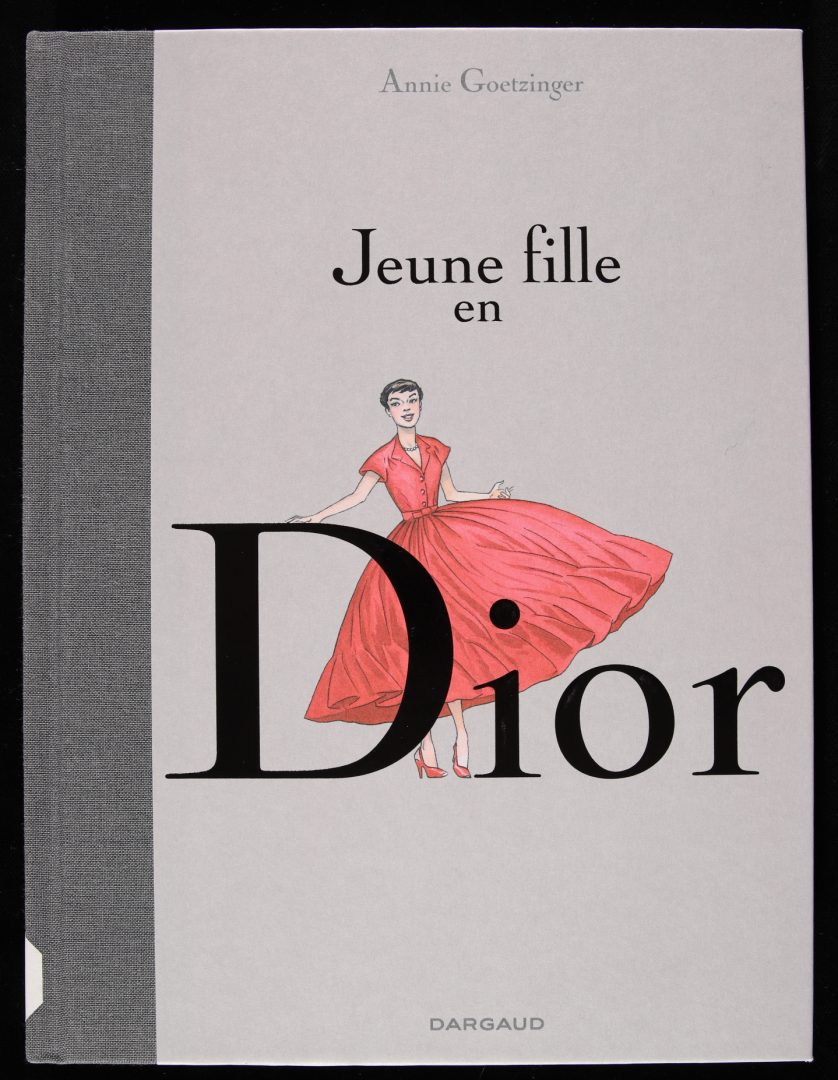 Among the exhibits, there will be clothing items with applied comic motifs, such as a T-shirt with a pattern of Marvel Comics superheroes, a coat by the famous internationally successful designer Jean-Charles de Castelbajac, Vans SKS sneakers "Charlie Brown" by Charles Schulz and others.