Both men and women went crazy for her dolls

At this moment, an exhibition of caricature puppets has opened in Zagreb, which you can see until June 30, after which it will move around Croatia.

Mila Lončar and I are fluttering in front of the window of the Novi Zagreb library in Travno. A middle-aged couple emerges from inside her. "I would order two dolls, I pay as much as I need to," an unknown man with eyes twice as big as their regular size addresses Mili with a smile. That gleam in your eyes, the need to say more words at once than is physically possible and the lack of breath you can expect if you show up at 15 Božidara Magovac Street . 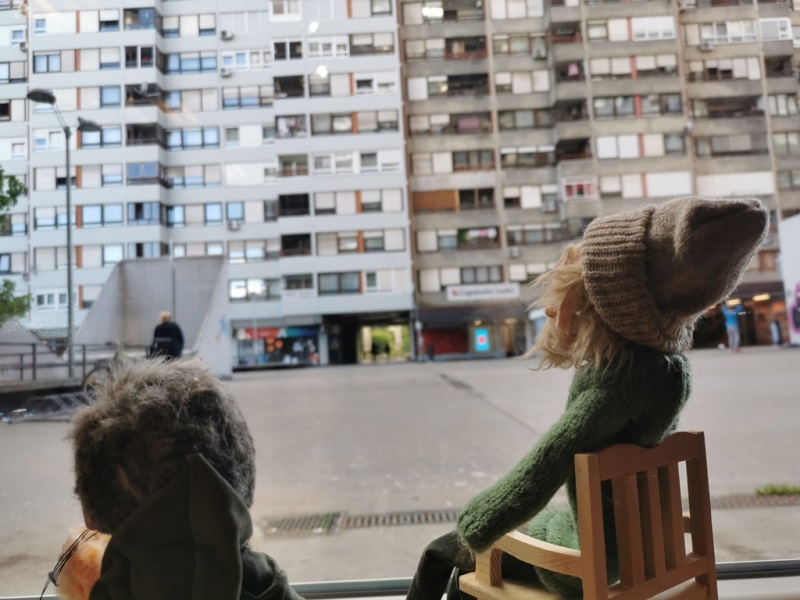 "I knew I was going to have problems with her!"

Mila Lončar is not an unknown name on the art scene. Namely, this crazy Osijek woman has been a member of the Croatian Society of Cartoonists since 2019, where she moved in with her 2D cartoons. Nikola Plečko, a cartoonist better known as Nick Titanic, tells me how he met her. And he knew from the beginning that there would be problems with her.

“As soon as I saw her work, I knew I was dealing with serious competition. And even when she started with dolls… so that's already an advantage at a higher level, only then I didn't have a chance at all ", smiles Nik and squeezes his sweethearts Merlinka Jebačević and Štefica Jambriščak. And well, he also anointed Mijo Sadomazođubrilović. 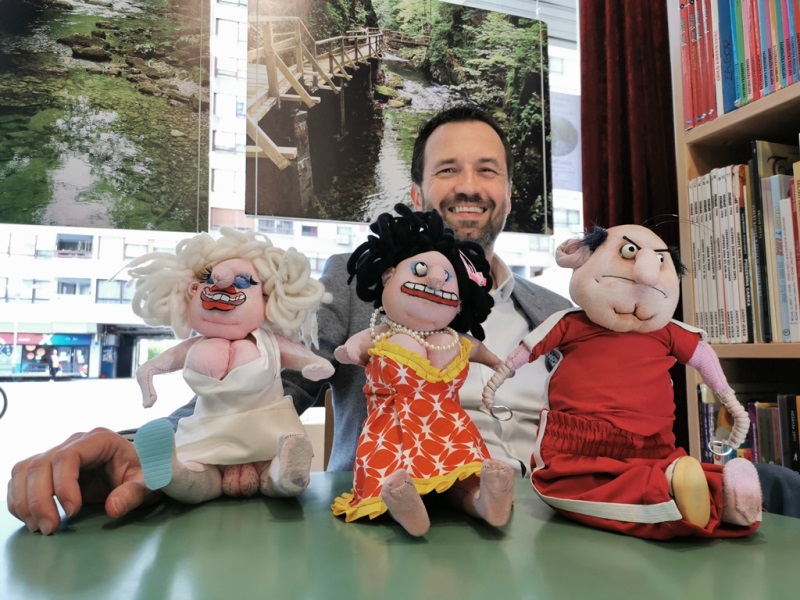 The most famous characters from his comics were brought to life by his fierce competition, Mila Lončar!

Although some people are to blame for other reasons, Mila can blame Alemka Markotić for inadvertently serving as her inspiration. Watch the trick. She started making the most ordinary prince and stopped somewhere along the way, took a better look at the doll in front of her and realized that she looked exactly like Alemka Markotić. All the ninety dolls she made after that are now already anthological.

Milina's advantage is that her dolls are so insanely irresistible and charming that, regardless of the fact that they are caricatures, no one has been offended so far. At least as much as she, and therefore we know. Jacques Houdek even visited the exhibition to see if he was as cute in caricature as he is live. And Goran Bare announced that if Jacques could, he wouldn't. 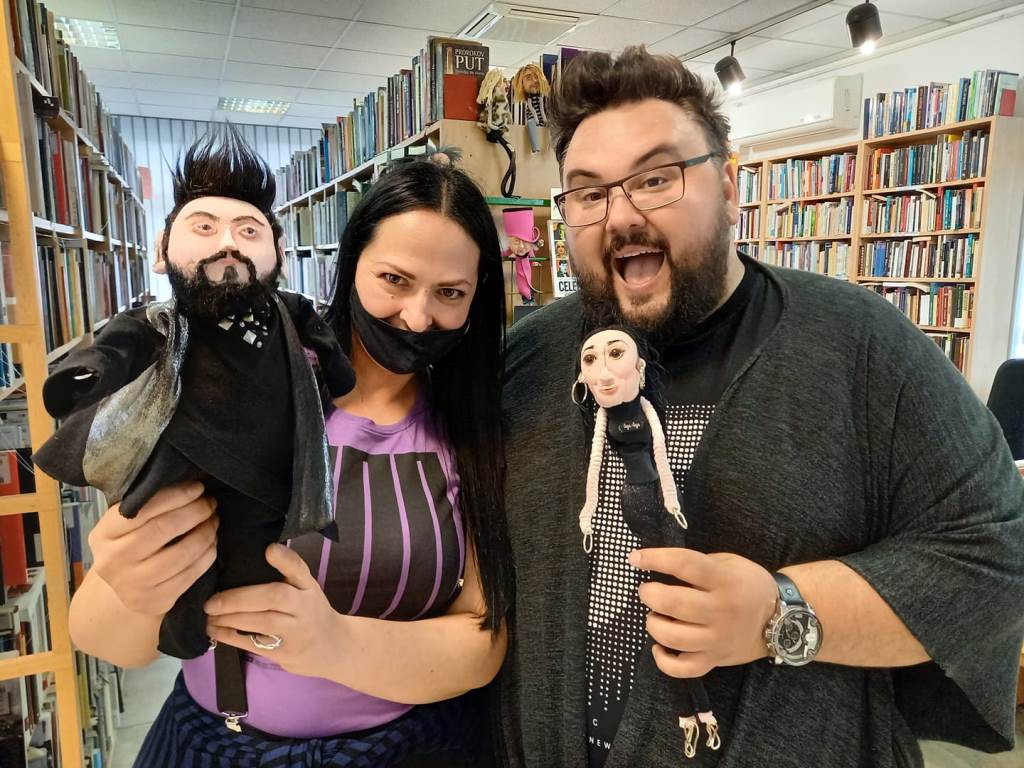 What will be and what will not be

For starters, if you miss coming to the Novi Zagreb Library which is literally located on the plateau in front of Mamutica, catch some of the following cities. These seventy selected caricatures will make a short tour of Croatia, after which they will return to Osijek. 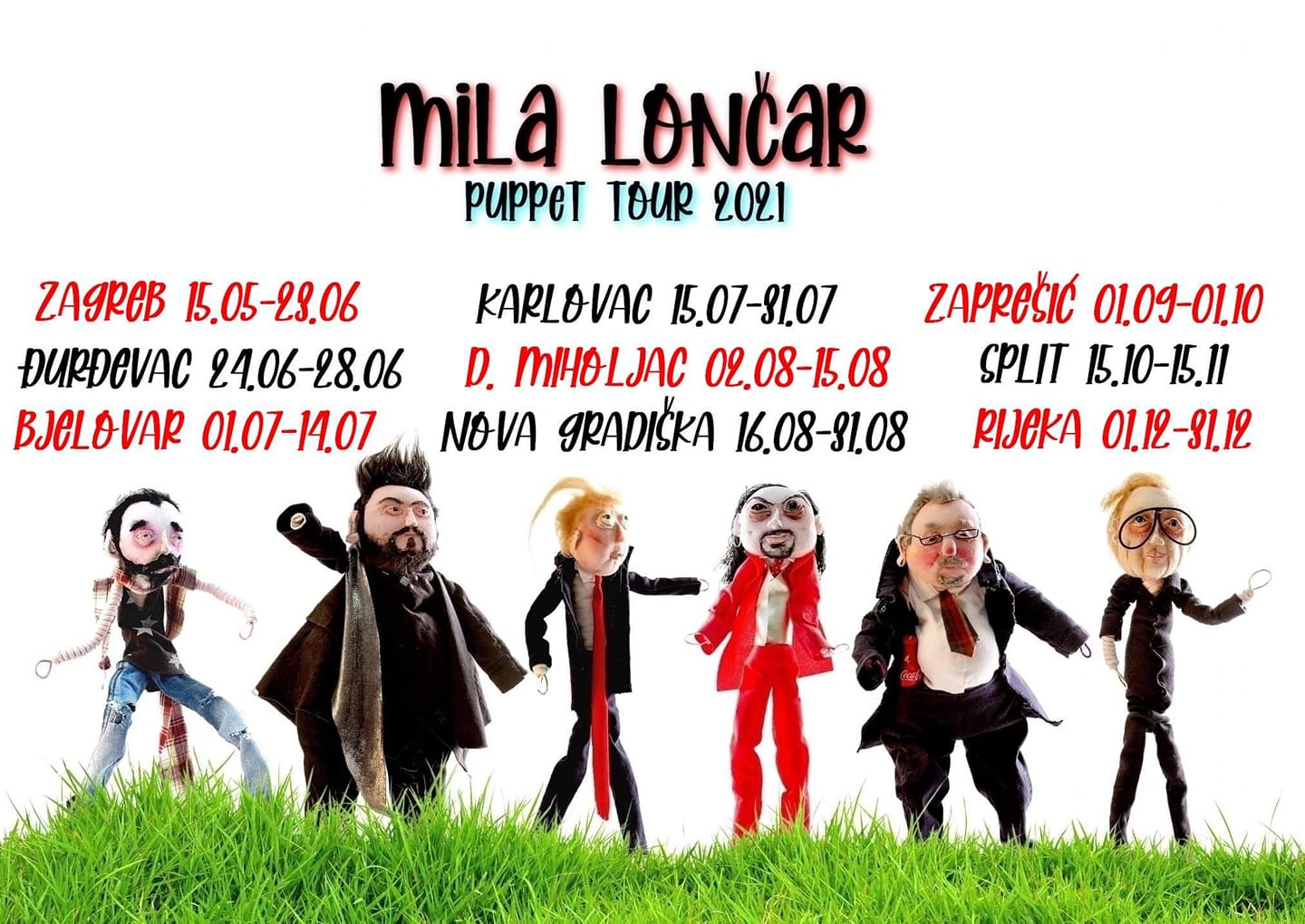 In addition to the exhibitions, there will also be picture books that, by the way, the children's writer Silvija Šesto, will be written on the basis of Mila's puppets …