Summer at MSU is a multimedia event you don’t want to miss!

In the new SUMMER season at MSU, 4 unforgettable concerts await you in attractive locations – the MSU garage and on the plateau near the MSU slide!

SUMMER At MSU has been recognized for six years as the highest quality and most popular multimedia summer event not only in Zagreb and Croatia, but according to critics in this part of Europe and according to the profession, media and audience is one of the best cultural and multimedia festivals so far. visited by over 35 thousand visitors.

For the seventh summer in a row, the unique multimedia program traditionally brings a combination of top art content on the principle of even "4 in 1" on Saturdays: music, film, exhibitions and performances! So, for the price of one ticket, as many as four art events! 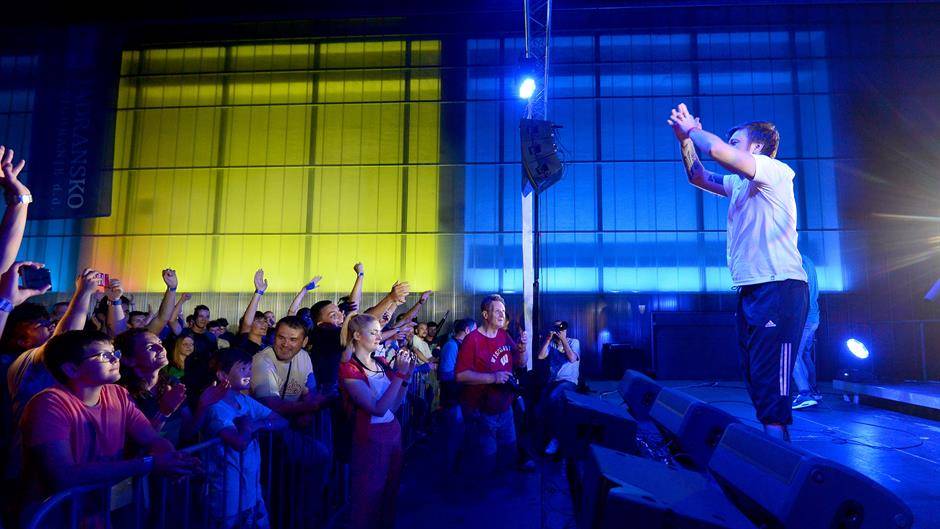 Neither drive-in, nor online, but only live

This year, all the top performers in the region are coming to the most special summer stage in the city. The season opens on June 27 with LADO Electro – an incredible, magical blend of modern and traditional, electro and ethno poetics, and after them, one of the most important and versatile personalities on the Croatian music scene – Tamara Obrovac, who was nominated for three Porins this year, will perform will be on July 4, with the top jazz pianist Matija Dedić and the genius drummer Kruno Levačić. The frontman of one of our most popular bands, Hladni pivo and one of the most important authors in the region, Mile Kekin will perform on July 11, and we will end the season on July 18 with a concert by the best rapper and hip-hop lyricist in the region – Eda Maajka .

Through a combination of music, film, and visual and performing arts, the Summer at MSU program seeks to bring closer the concept of Gesamtkunstwerk, a complete artistic experience resulting from the collaboration of various art forms, which will bring contemporary art and culture closer to a wider audience.

"4 in 1": music, film, exhibitions and performances

As part of the Summer at MSU, with 4 great concerts of the best performers in the region, for the price of one ticket, this year you will be able to visit the exhibition " From Imagination to Animation: Six Decades of Zagreb Film ", a large multimedia exhibition dedicated to famous works of art. founded in 1953.

The unique multimedia program will include for the fourth year in a row the artistic actions and performances of six artists that will be held in different spaces of the Museum before the concerts. Artistic performances will differ in medium and expression, creating new dimensions of the experiential experience of interested visitors. As it has been shown in recent years, the combination of contemporary art and pop culture has aroused wide interest among the audience and allows them to get to know a wide range of different art forms in one visit to the Museum. Authors who will participate in the program of artistic actions and performances this year are: Tin Dožić, Dejan Gotić, Ivan Mesek, Mersiha Mesihović, Petra Mrša and Sonja Pregrad.