A cultural street festival delivers art under the windows!

Enjoy circus art and concerts from your window every weekend in September!

In this, not at all ordinary 2020, they say that September is coming to Zagreb, and in September it is time for the Cultural Street Festival in the neighborhoods of our city. This year, they are “delivering” art under the windows of the inhabitants of Sloboština, Sigečica, Španski and Kvatrić.

Every Saturday and Sunday in September, in one of the above-mentioned neighborhoods of Zagreb, KUF presents local and foreign artists who have “honed” their craft at various festivals, streets and in various situations (even in some circus schools!).

The cultural street festival is dedicated to street performance, local artists and the local population. Its goal is to present urban cultural street and circus art in the neighborhoods of the city of Zagreb, and at the same time give a performance space to the local art scene. The cultural street festival therefore, this year as well, travels around the city districts and provides its residents with the contents of street performances of circus expression, for children and adults. Its mission is to enrich the life of the city with culture and art at all its points.

Have fun culturally under your own window!

Note: Any donation to the performer’s hat is welcome!

The program was supported by the Culture Nova Foundation, and the visit of the French group Cirkazik was made possible by Ville Grasse and Teatroscope – a regional program of performing arts, initiated by the French Institute and the French Ministry of Culture. 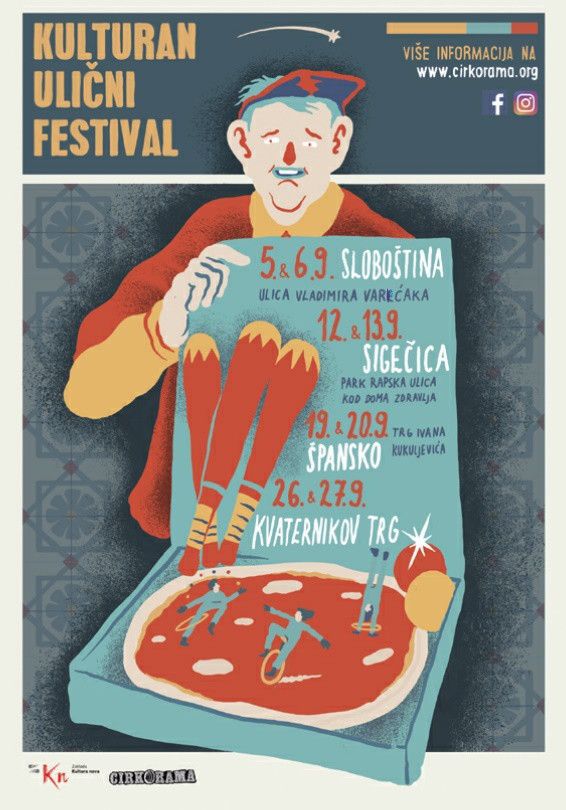 September 12 and 13 SIGEČICA, Rapska Street Park near the Health Center