Have fun culturally under your own window!

After Sloboština and Sigečica, the Cultural Street Festival headed to Špansko, and the arrival is planned for September 19 and 20, at Ivan Kukuljević Square.

In two afternoons, Cirkorama, Loop circus and Cirkultura will play their performances, and the MonkeyMind-drum n´didg duo of top musicians will share their music with us, joined by Tanja Puklek and Filip Borelli with a fiery performance and beatbox.

Enriching the city with culture and art

The cultural street festival is dedicated to street performance, local artists and the local population. Its goal is to present urban cultural street and circus art in the neighborhoods of the city of Zagreb, and at the same time give a performance space to the local art scene. The cultural street festival therefore, this year as well, travels around the city districts and provides its residents with the contents of street performances of circus expression, for children and adults. Its mission is to enrich the life of the city with culture and art at all its points.

Note: Any donation to the performer's hat is welcome!

The program is supported by the Culture Nova Foundation. 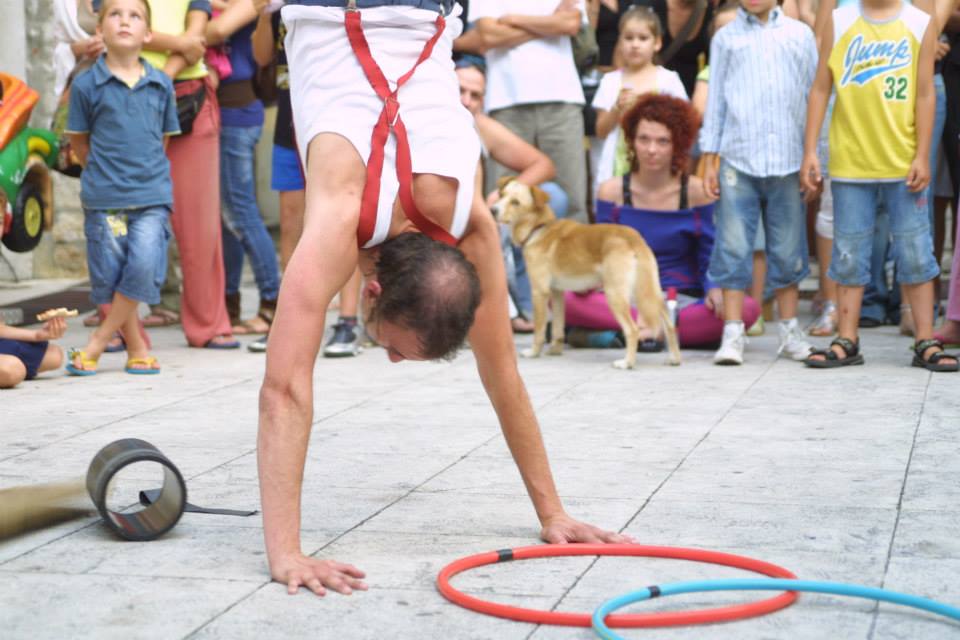 Two completely unpredictable and lost people try to penetrate the secrets of this world, but defeat is the only thing they can do. Defeats give them the title of loser over losers – one of the most successful losers. On the way down, they swindle with various props, situations and even their own bodies Performed by: Nikola Mijatović and Jadranka Žinić Mijatović

The protagonists of this performance try to tell their own story, but their egomania does not allow them to do so. They start with conflict and the competition of their own personalities and ability to see who is better, only to finally realize that only together can they give their best. Performed by: Aleksandar Đikić and Diana Fureš 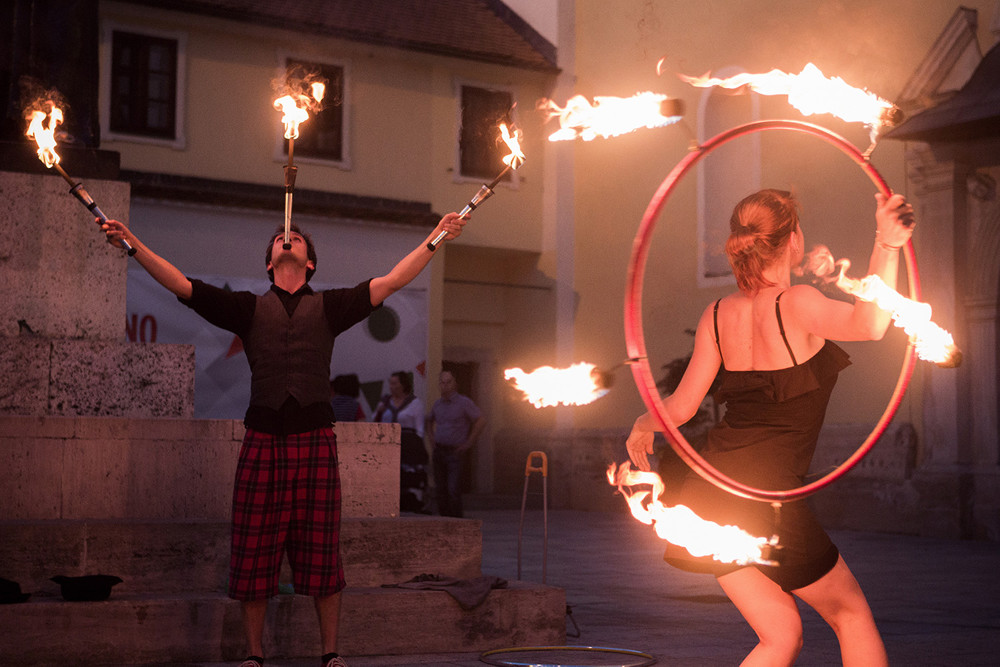 According to Dušan Vukotić's picture book "Cow on the Moon", the play was created on two wheels. One red bicycle is the bearer of a shaggy orange aunt who, by opening a suitcase, brings to life the most amazing story that goes all the way to the moon. Performed by: Petra Bokić

A completely different circus world from the imagination through which John Chestnut leads you – clown, equilibrist, juggler, joker… constructor, master, fiddler… He is a poet and also a harambasha and the audience sympathizes with him because of his boyish innocent madness .. Performed by: Matija Vuletić