An exhibition of brilliant HGSS tweets you don’t want to miss!

On the occasion of the 70th anniversary of its existence, at the exhibition "Trending # HGSS70", the Croatian Mountain Rescue Service will present its most creative posts from the social network Twitter, which made them a favorite communicator in public. From Saturday 19 to Friday 25 September, all those interested will be able to visit the exhibition in Urania – the space of creation , at Trg Eugena Kvaternika 3/3, Zagreb, from 11:00 to 20:00 and remember nice sentences like: " Dear tourists, we are very approachable people, but you really don't want our company while you are on vacation. " 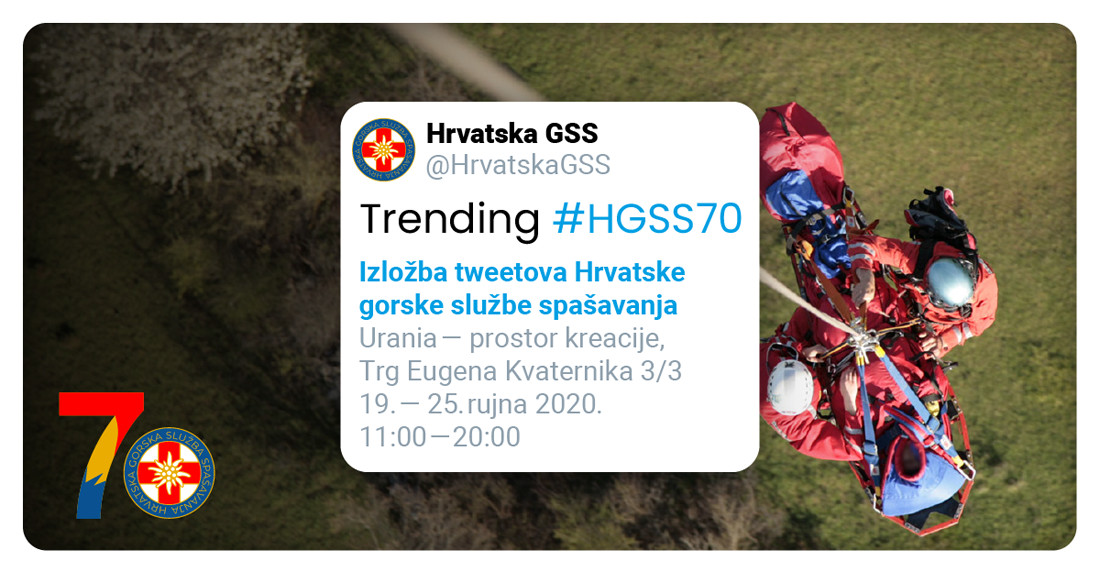 “Since the usual, serious appeals sometimes cannot reach the‘ most adventurous ’nature lovers, our Information and Analytics Commission has found new ways to communicate with the domestic and foreign public, and Twitter has proved to be the most popular. Under the username @HrvatskaGSS , in a humorous, somewhat ironic, but informative way, we share valuable advice every day so that citizens can learn from other people's mistakes, and not from their own. Croats are people who like to joke at their own expense, so I believe that is why they have accepted the announcements with the latest incidents and accidents from our mountains, plains and waters so well, "said Josip Granic, head of the Croatian Mountain Rescue Service.

The name of the exhibition "Trending # HGSS70" comes from the usual parts of Twitter's interface. The trending option shows topics that are current in real time, ie those that users have written about the most. The second part of the name, # HGSS70, is the official denominator of the "hashtag" campaign on the occasion of the year-round celebration of the seventh decade of work and existence of the Croatian Mountain Rescue Service, under which citizens can congratulate this great anniversary to rescuers or remember some of their own adventures. which include HGSS.

Since 1950, the Croatian Mountain Rescue Service has been helping and searching for injured people on a daily basis, and in its long history there are over 10,000 rescue operations behind them. Today, on an annual level, over 1000 highly motivated volunteers from all parts of Croatia unite in more than 800 actions of various types, from searches, through interventions, to actions with a helicopter or actions on the water. Due to its innovative approach to communication, in 2017 HGSS received the "Communicator of the Year" award of the Croatian Public Relations Association for "using effective channels to convey important messages, and it does so professionally, convincingly, understandably, clearly and attractively."