We brought many people from public life to the bar to talk to them about the best anecdotes from going out.

"I used to come straight to HRT, record announcements for the new edition of Brillianten and then return to the party," said Ida Prester in the pilot edition of the latest show IN AFTER, which you watch on the YouTube channel. This hardened party girl compared the nightlife of Zagreb and Belgrade, but also admitted that going out and performing with the band Lollobrigida determined her life. Namely, it was in one of the outings that she met her current husband Ivan. Today, the two of them are partying all over the region together, and it seems incredible that the tireless Ida started dating at the age of 17. "It simply came to our notice then. My parents almost kicked me out of the house ", she admitted with a smile to Bruno Bucić , the sound radio face of the former Stojedina, and the current reinforcement Ivana Mišerić on Open Radio.

Why did we start IN AFTER?

"If Jelena Veljača had been active at the time we went out, someone would have ended up in custody," said Mario Petreković , the unofficial mayor of Zagreb's nightlife, in his own style. Nela Simić , Bucić's colleague from Stojedina, but also the leader of successful cultural projects such as Rally in Galleries, got involved with him. Unlike Ida, Petreković was tired of visiting other clubs, so he built his own. It is in Katran, as the people would say, "a cat for everyone", but he would not lay the tiles himself. "I would take part in setting the tiles so much that I could bring beer to the master," he said sarcastically. He says that Katran is not just a nightclub, but "The Place", and this project, in addition to entertainment, also brought him a soul mate, Aleksandra, whom he met while she was waiting in line for the toilet. "Because of her, I built a club, I set a trap for her," concluded Petreković.

The AFTER was created in response to the pandemic year when all city facilities were deleted and when we had nothing to do. But we didn’t want to approach it as another podcast. The project is all the more risky because an eight-member team is working on it, and everything is being recorded in a professional studio with the most modern technology. We have invested a lot of attention in the scenography signed by Sobočan Interijeri and the entire branding in order to get the highest quality product.

We reveal the name of the next guest 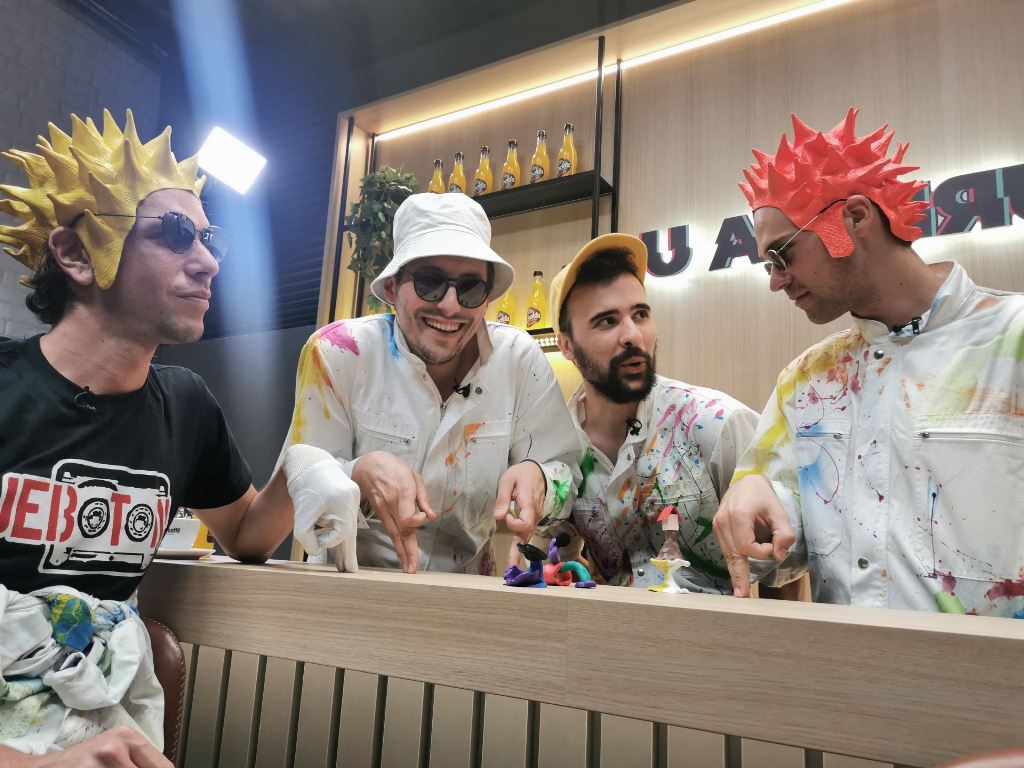 Already this week in the new episode for the bar sits a quartet from the band Porto Morto who will soon perform at the INmusic festival. Speaking about INmusic, the guys admitted that they managed to smuggle in one festival edition and discovered what a trick it is to break into any festival without a ticket. Which the DiVana team of course does not support at all. We always buy a ticket.