The 30th World Festival of Animated Film – Animafest Zagreb 2020 is held from September 28 to October 3.

The 30th World Festival of Animated Film – Animafest Zagreb 2020, the most important Croatian film festival and one of the four leading animation festivals in the world, begins with its grand opening in China SC tonight at 19:30. This year, in the autumn edition, Animafest will, as always, attract distinguished foreign guests to Zagreb, and thousands of spectators and visitors to cinemas, exhibition spaces and other festival locations, of course with respect to all epidemiological measures and recommendations.

The head of the City Office for Culture of the City of Zagreb, Milana Vuković Runjić, who will officially open the festival, and the Minister of Culture and Media of the Republic of Croatia, Nina Obuljen Koržinek, announced their arrival at the opening ceremony of Animafest 2020, along with the festival guests arriving in Zagreb. Director of the Croatian Audiovisual Center Christopher Peter Marcich, State Secretary Krešimir Partl, representatives of embassies of several European countries and other distinguished guests. Among the guests will be the winner of the Lifetime Achievement Award Animafest 2020 Georges Schwizgebel, who is celebrating his 76th birthday today and will be awarded by the President of the Festival Council Margit Antauer Buba, while the Award for Best School of Animation on behalf of the Polish School of Film, Television and Theater in Łódź to receive Joanna Agata Jasińska-Koronkiewicz.

The program for children and youth has already begun

Due to space constraints imposed by epidemiological measures, the opening ceremony is intended exclusively for protocol guests, but the festival’s rich film and exhibition programs are already in full swing. Already last Saturday, the Program for Children and Youth started with screenings at the Metropolis Cinematheque and Cinema of MSU, and today at 12 o'clock in the Kranjčar Gallery, an exhibition of Schwizgebel's works "Master of Poetic Visions" was opened until the end of the festival. guests are scheduled for Tuesday at 6 p.m.). ALU AR – an augmented reality application, a project of the Department of Animated Film and New Media of the Academy of Fine Arts in Zagreb, created in cooperation with the company Mašinerija, was set up in the lobby of Kina SC. It is a group student project realized under the mentorship of the artistic director of Animafest Daniel Šuljić. 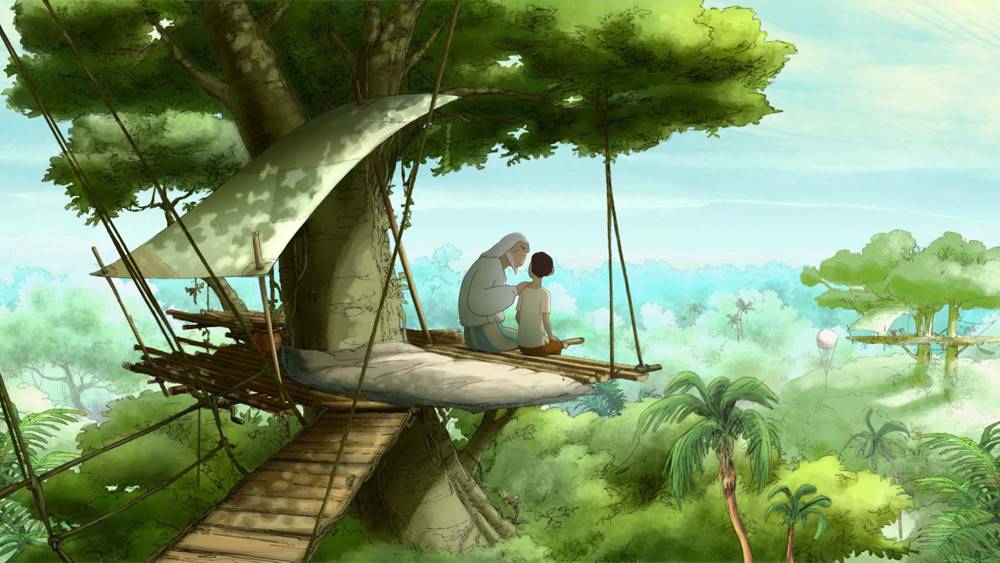 The Journey of a Prince (Jean-François Laguionie)

After the protocol part of the opening in SC China, the guests will be shown the Grand Short Film Competition 1 in which they can see: the Chinese film Six Xu Ana and Xi Chen, a black and white philosophical triptych with traditional Chinese motifs that reflects the cyclical nature of time and male-female relations ; Dina Velikovskaya's brilliant stop-animated work that uses black wire for an impressive, emotional and technically exceptional metaphor about leaving the parental home and relationships that are not easy to break; a new film by Andreas Hykade about faith, obsession and maturation in the Bavarian Marian shrine of Altötting; Murder in the Cathedral of Matija Pisačić and Tvrtko Rašpolić, queer detective, subversive and burst of referential humor set in the fin de siècle London revived by illustrations by Boban Savić GETO; Atsushi Wade’s new cross-platform, absurdist-meditative project My Exercise; a stylish eclectic animated documentary Souvenir Souvenir by Bastien Dubois that deals with the family memories of a veteran of the Algerian War of Independence. An interview with the film's authors will be led by Animafest permanent associate Alexis Hunot. A screening of the Grand Short Film Competition 1 for all Animafest visitors is scheduled for Thursday, Oct. 1 at 6:30 p.m. at the & TD Theater.