The Action for the Square event brings cultural events to Novi Zagreb!

We all build culture – for everyone: ACTION FOR THE SQUARE

On Friday, September 11, at 7 pm, the Action for the Square begins, an event within the SuKultura project, led by the Domino association with project partners Center for Culture Novi Zagreb , KUC Travno , Gong, Eurokaz and the City of Zagreb, where artists and art organizations present their new projects created in collaboration with the local community.

The Remetinec event is a set of cultural events that through participation programs thematize the issue of the importance of public space and the problem of the disappearance of the square in Remetinec grove, and focus on the advantages of the model of participatory management in culture.

The action Action for the Square lasts until September 19

The action lasts until September 19, and begins with the art project Invisible City and Mythical Narratives by Ana Janjatović Zorica from Studio Artless and associates and citizens who participated in the workshops. “We will remember the origin of the settlement and the oldest square across the Sava, in the context of which we want to reflect the lost urban and social values, explore the experiences of everyday life of their inhabitants today and start a discussion on more adequate use of the square and police station to improve the quality of life in Remetinečki gaj . ” said Ana Janjatović Zorica.

The Battle of Zagreb begins in Remetinec, the name of the performance and interdisciplinary work carried out by Boris Bakal and Bacači Sjenki together with a number of artistic and professional associates. Shadow Throwers want to work with citizens to map and define those stakeholders who want and need or should have a place at the table where future city renewal, future repairs and improvements to its infrastructure, and its development and changes for the benefit of all will be planned and decided. The Association for Interdisciplinary and Intercultural Research intensively deals with the importance of the public space of the square for the development of the community and the wider society through the work of the author Sonja Leboš and associate How the community is formed. This intermediate installation will also include animations created within the workshop formats that were carried out in July as part of the SuKultura project with children, residents of Novi Zagreb.

The work of panic is the last part of the BADco trilogy. begin with the play Excavation performed in 2018 at the house of the architect Vjenceslav Richter, and continue with the play Republic in the Orchestra, which was premiered at the Croatian National Theater Ivan pl. Zajc in October 2019 in Rijeka. The trilogy thematizes the links between work, utopia, and confrontation with impossibilities in times of climate catastrophe threat. The work of panic is an event on the green hills of Remetinec Blato, next to the abandoned University Hospital, which were created by the disposal of construction waste, with the musical background of the Zagreb ZET Orchestra.

For the younger generations, they prepared the Spy School, workshops based on the methods and strategies of the art of interpersonal interaction, which director Tea Tupajić from Radio Kansas learned through years of research and practice with associate agents. 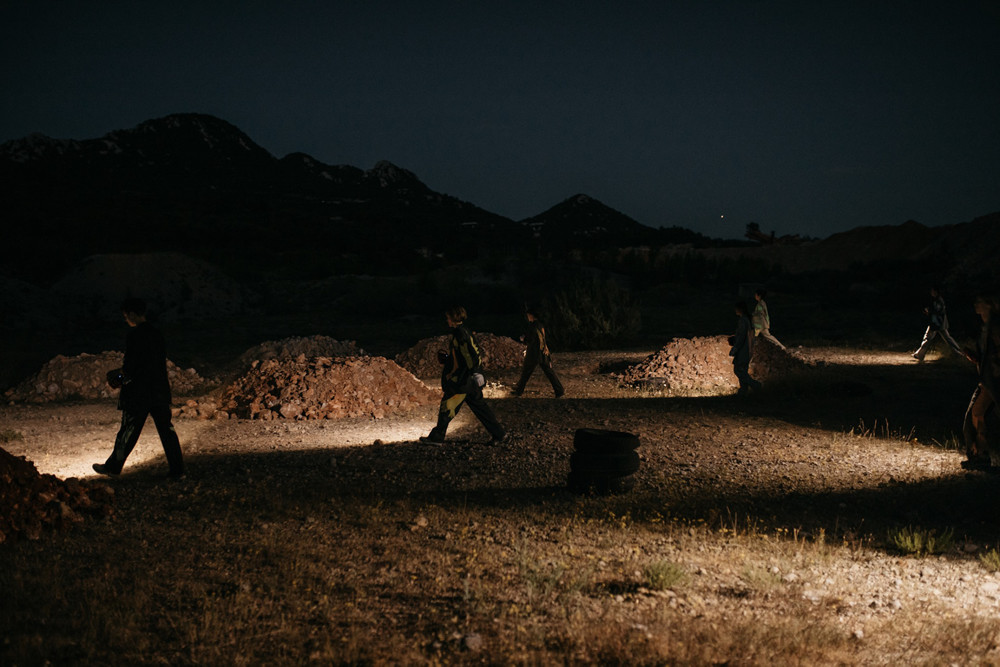