The Advent football guide you need this winter

We have once again set ourselves a demanding task and created a double content that will be enjoyed by all football, and above all, Advent fans

Hardly anyone realized that this winter we will witness a double madness – for the first time in the almost hundred-year history of the World Cup, the final will be played just a few days before Christmas.

To make matters more challenging, the city authorities announced the return of the famous Advent. Houses, šushur, people are returning to the heart of Zagreb. However, in order to go one step further in this year's organization, they opened a new imposing Advent location on Dr. Franje Tuđman Square, where theWinter Park will dawn – an amusement park with 22 different devices and a 36-meter high wheel modeled after the one in London.

Regardless of Advent, the most questions arise about where to watch the match, because this year there will be no big screen on Zagreb's main square.

The organizers of the first "neighborhood Advent" in Špansko took care of watching the matches. There, on Ivan Kukuljević Square, the canvas will be green until the end of the World Cup. When both decisions became official, the Divan.hr portal team threw themselves into creating a double, Advent-football guide under the motto " Ale Advent, ale ale ale!" ". Thus, on their thematic website, you will be able to find a list of interior and exterior venues for watching matches, as well as recommendations for old and new Advent locations. 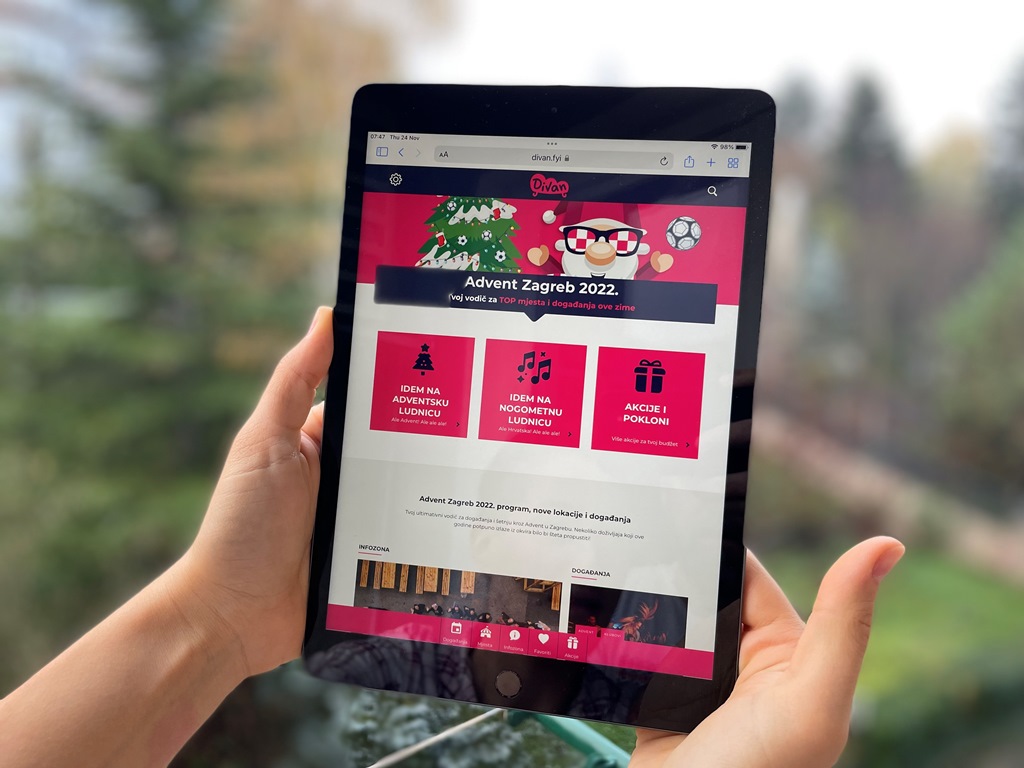 By the way, the Zagreb startup Divan.hr is one of the award-winning teams from the Zagreb Innovation Center, where their distinctive ideas were already recognized in time during the Startup Factory competition. This year, a kind of historical moment happened for them as well. Sabljić is a passionate football fan who does not miss a single game, and Tenžera is unofficially called the first messenger of the holiday season.

Treat yourself to a winning Advent, visit http://www.divan.hr and don't be shy to contact us at info@divan.hr if you come across an interesting place where you can watch Utamica or celebrate the return of Advent!