7. Diversions start this Thursday and you can watch movies online!

This year's program of the Diversions International Short Film Festival is shown live at the same time in front of the local audience in the Zelina cinema and on their official website . The audience will be able to watch the selected films at the Public Open University or in their own home, on their computers or in front of small screens!

7. Diversions will be held in Sveti Ivan Zelina from 2 to 5 July

Thanks to selectors Martini Biljan and Isabela Falcao Vaz, this year's competition program includes forty-four short films of international production, and the festival opens with a screening of seven Croatian short films. The jury consists of young authors Dora Suštić, Marin Ante and Svebor Mihael Jelić. The first day of the festival concludes with an Evening Film Conversation on the Author's Engagement in Film in the 2020s. The authors of Croatian films will be joined by the director of the Croatian Audiovisual Center Chris Marcich, while the discussion will be moderated by Boško Picula. In cooperation with VERN 'Polytechnic, the conversation will also be recorded and broadcast live on the festival's web portal. 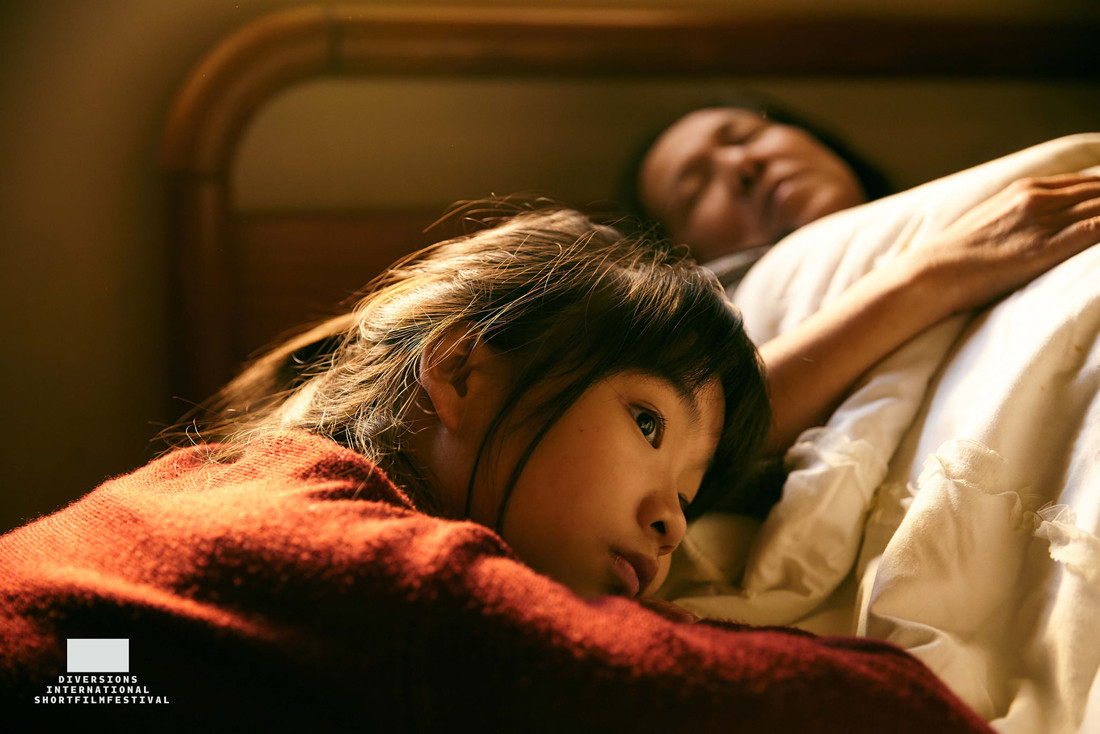 Doxanje, which has traditionally brought together international documentary film festivals, will present the Doclisboa Lisbon Documentary Film Festival this year. Five Portuguese documentaries will be shown, and after the screening, with guest moderator Nenad Puhovski, they will talk to the authors in Portugal via video link. Also, in the Kino Karantena program, they show 14 films by Kinoklub Zagreb and Blanka, made in self-isolation during the global pandemic. 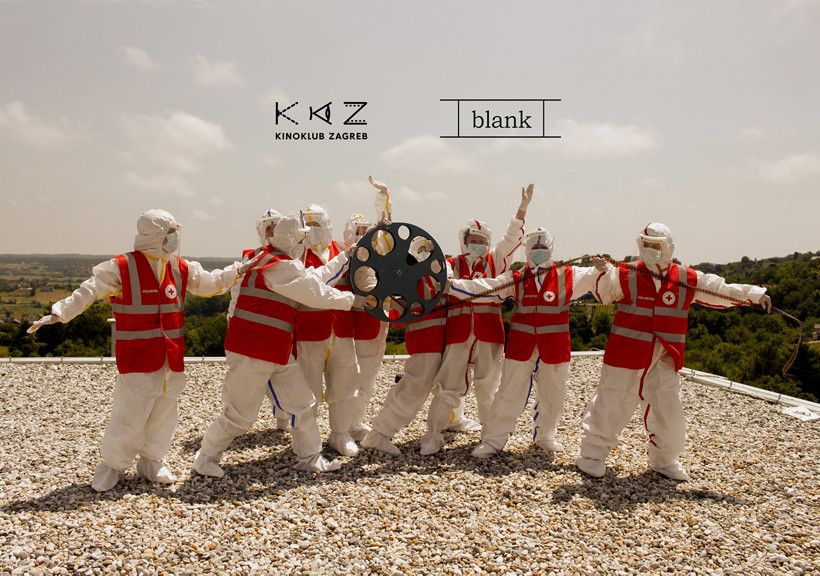 A note for the end of the 7th Diversion will be played by Robostrop & The CEO.

The online film program will be available throughout Croatia at: www.disff.com

Admission to Diversions is free. 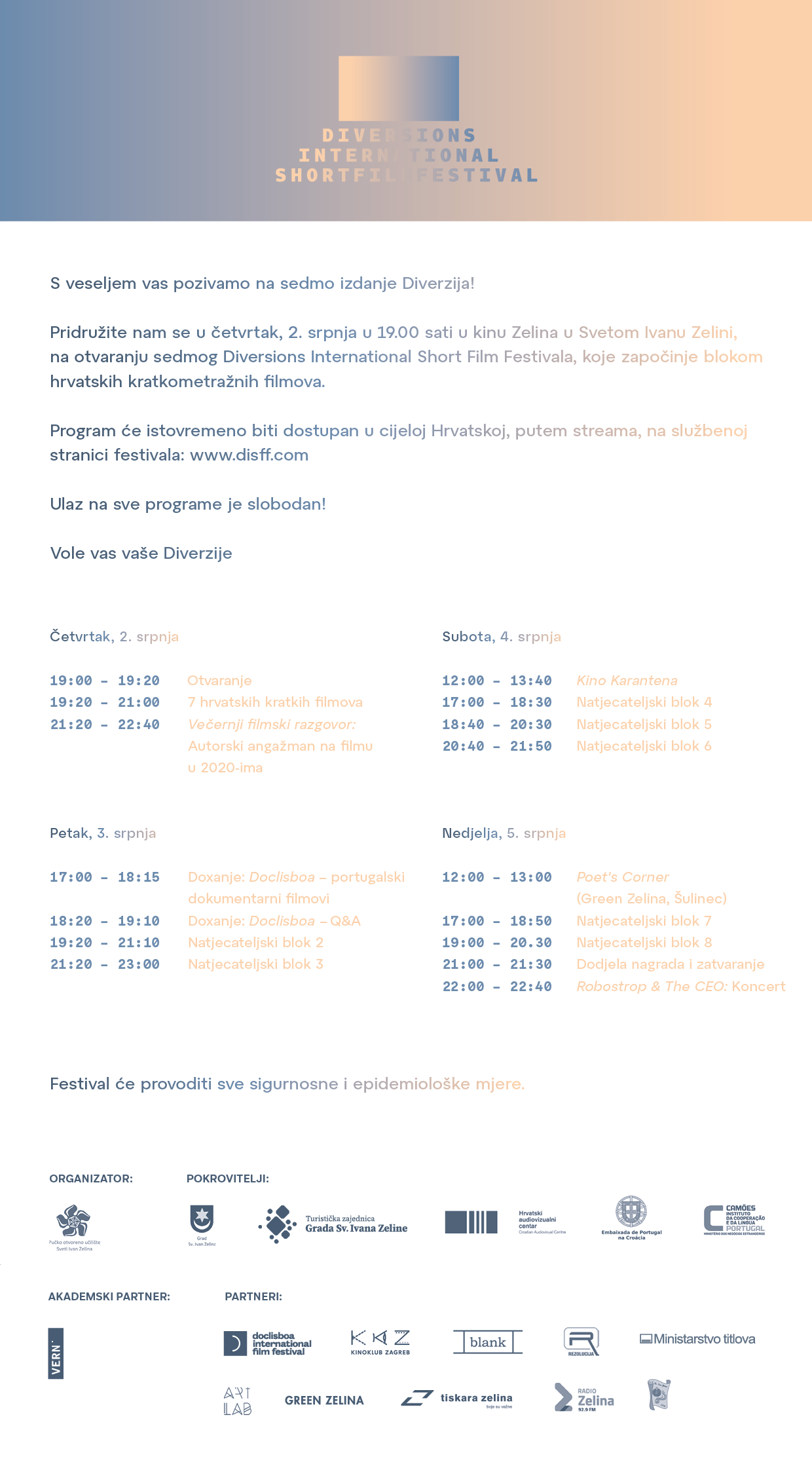 The festival is held under the auspices of the City of Sveti Ivan Zelina, the Croatian Audiovisual Center and the Embassy of Portugal in Croatia.